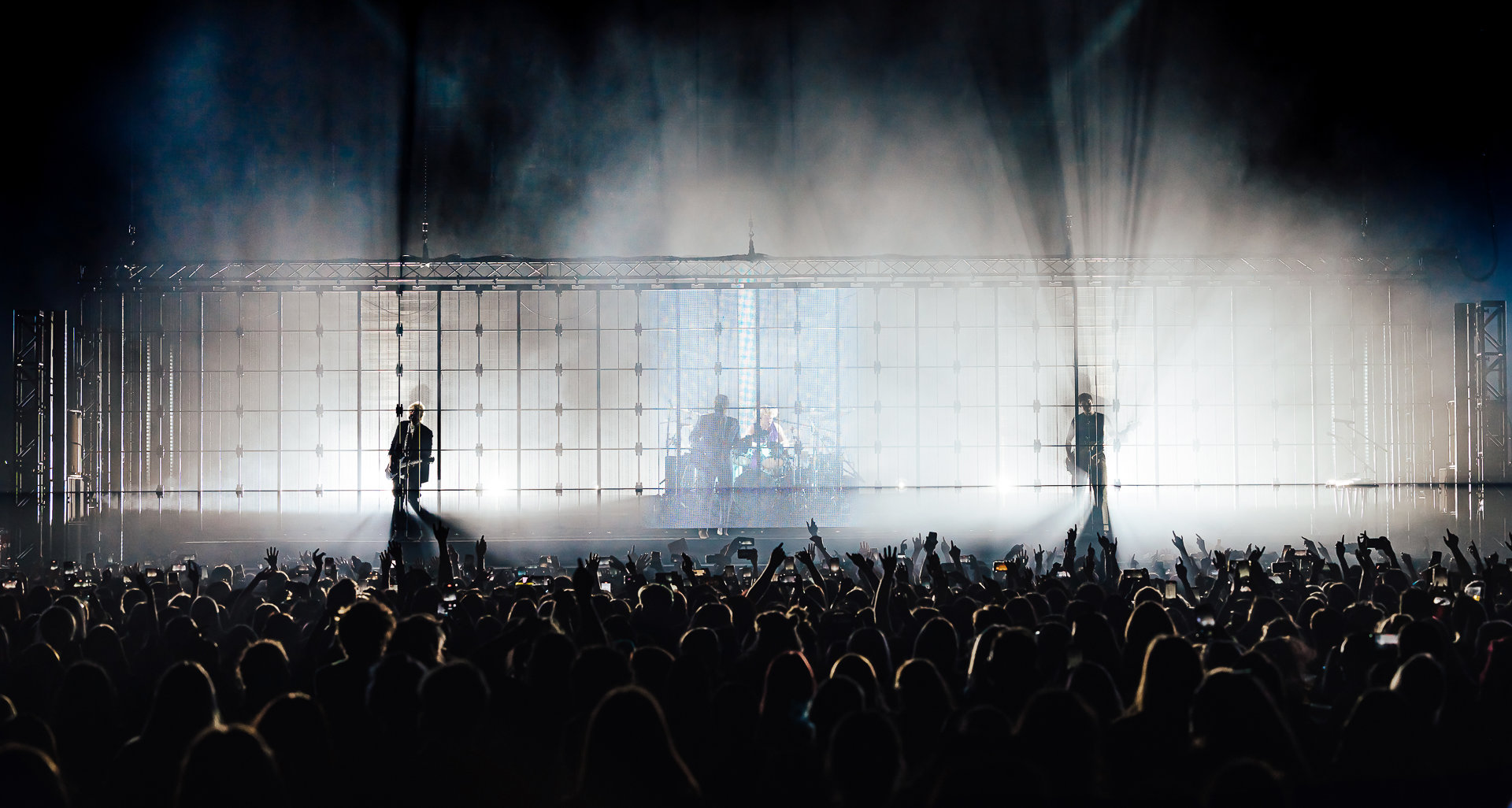 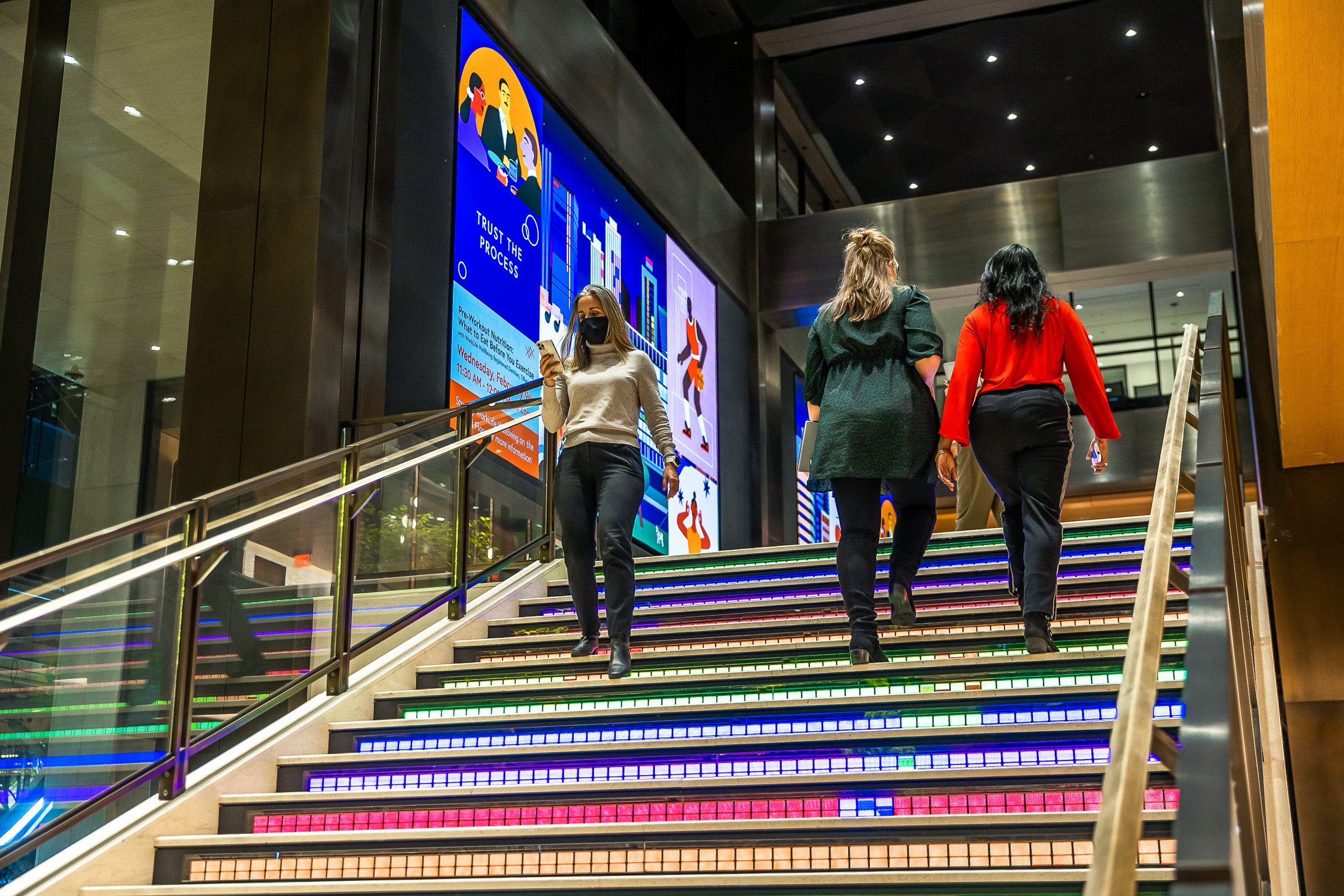 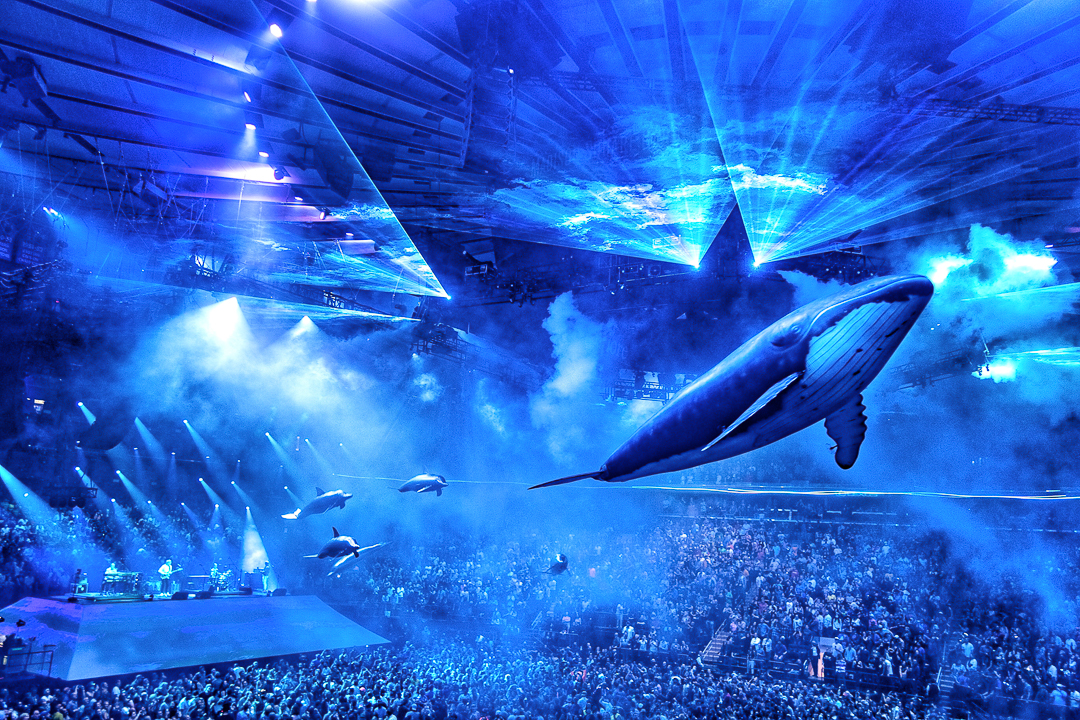 With their latest collaboration, Moment Factory and 5 Seconds of Summer deliver an epic pop production and theatrical creative direction.

Launched in anticipation of 5 Seconds of Summer’s fifth studio album, the Take My Hand World Tour presents a band in full command of their artistic vision. With this show, the Australian group enlisted Moment Factory to elevate their concert experience with pop-level production value, EDM aesthetic, and their signature rock show energy.

As the crowd awaits, a thin vertical laser cuts through the smoke and darkness to signal the band’s impending entrance. In a flash, the beam splits open into an epic spotlight reveal. Spanning the length of the stage, steps lined with light strips give the band a heightened presence and put drummer Ashton Irwin in the center of the action. Screens shift in the background and foreground, casting transparent veneers, creating illusions of depth, and transporting the audience to rippling dunes and neon cloudscapes.

Behind a bold and finely crafted aesthetic, the strategic deployment of cutting-edge stage craft—including automation and gaming engine technology—adds a theatrical layer to the performance and gives fans an immersive way to connect with the band. 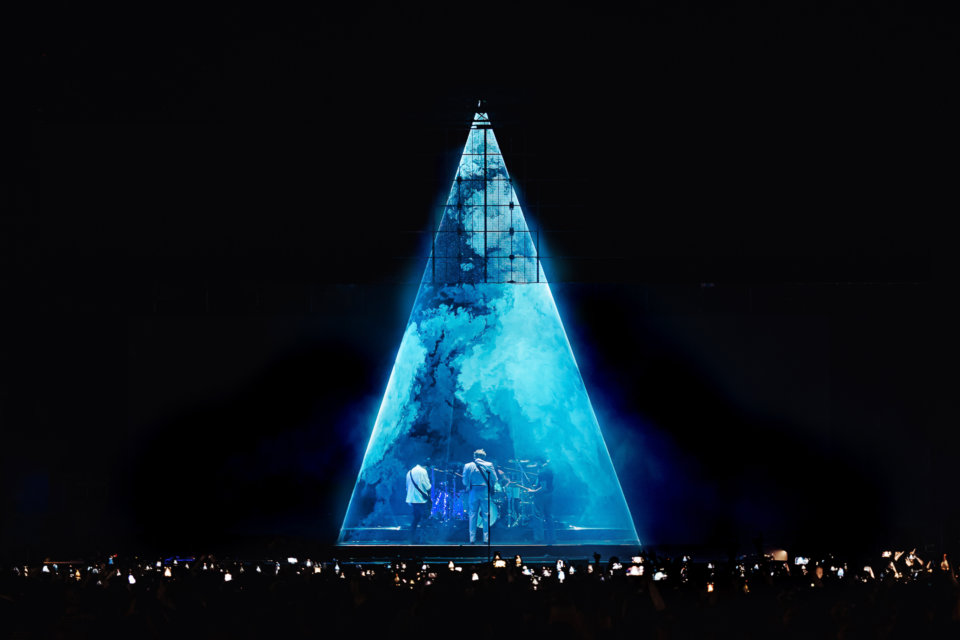 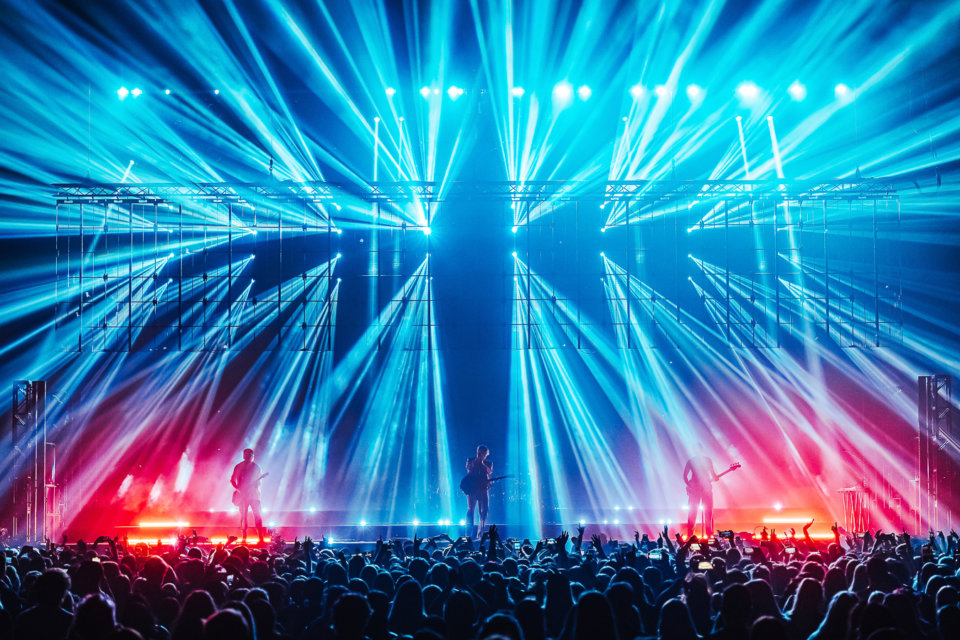 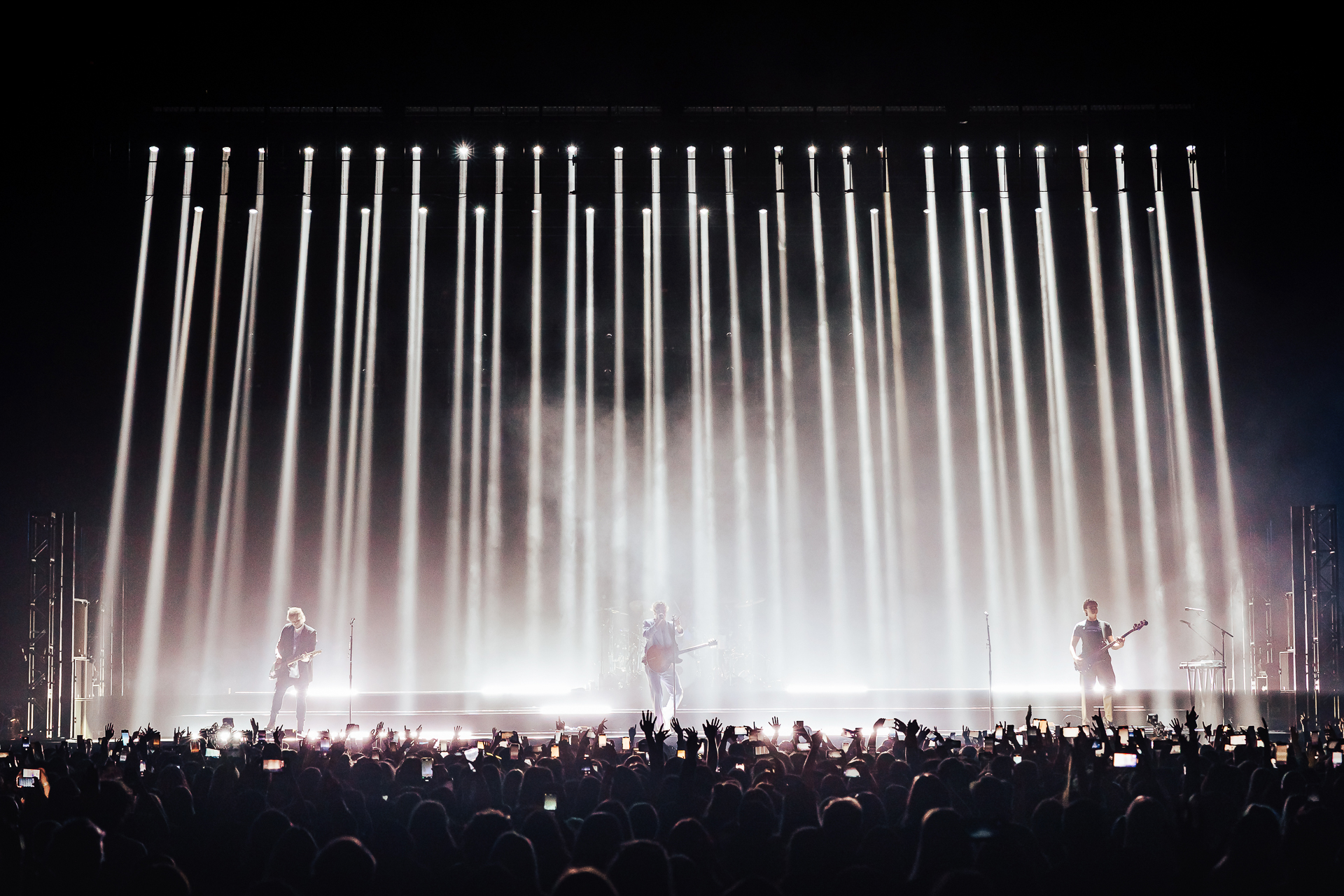 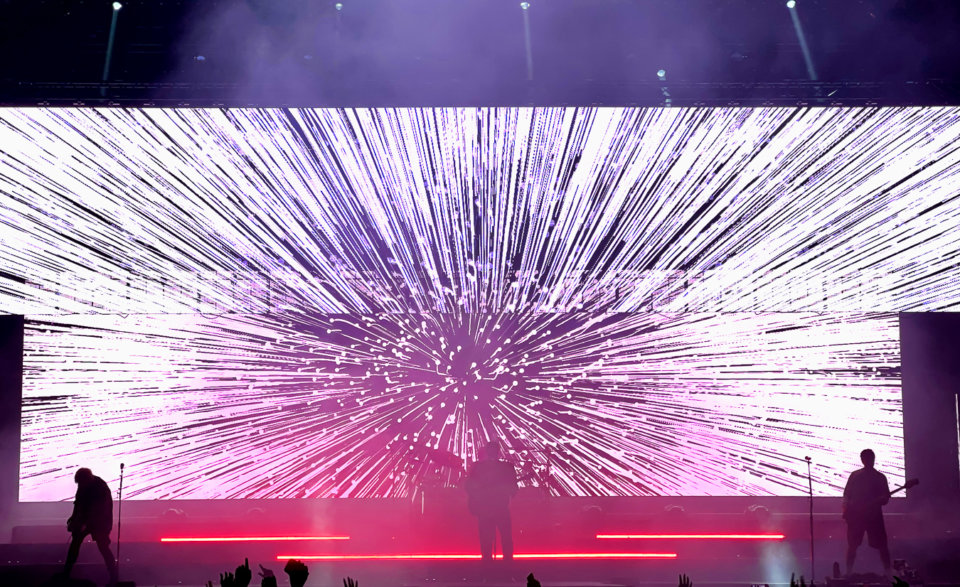 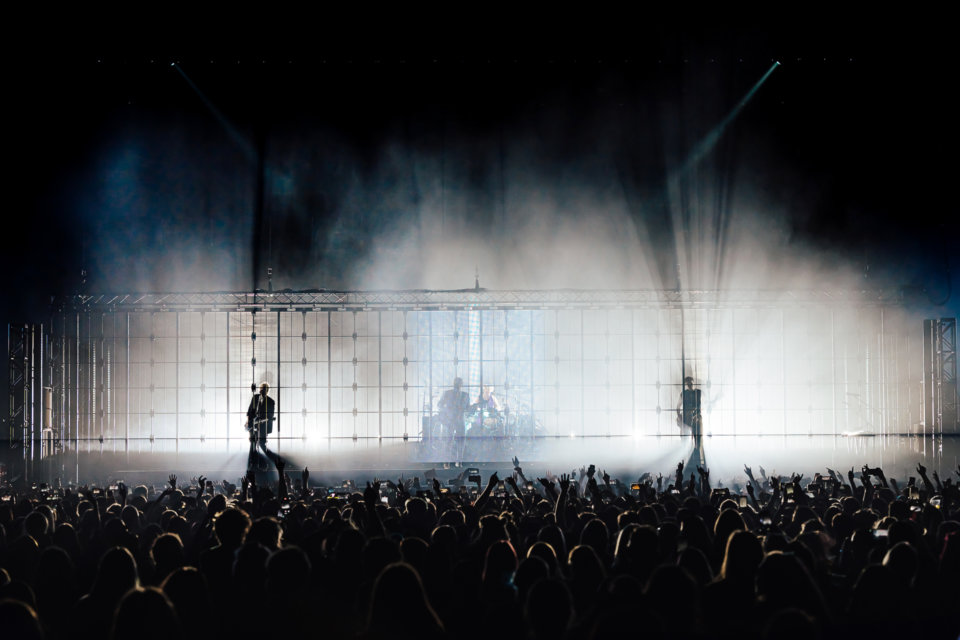 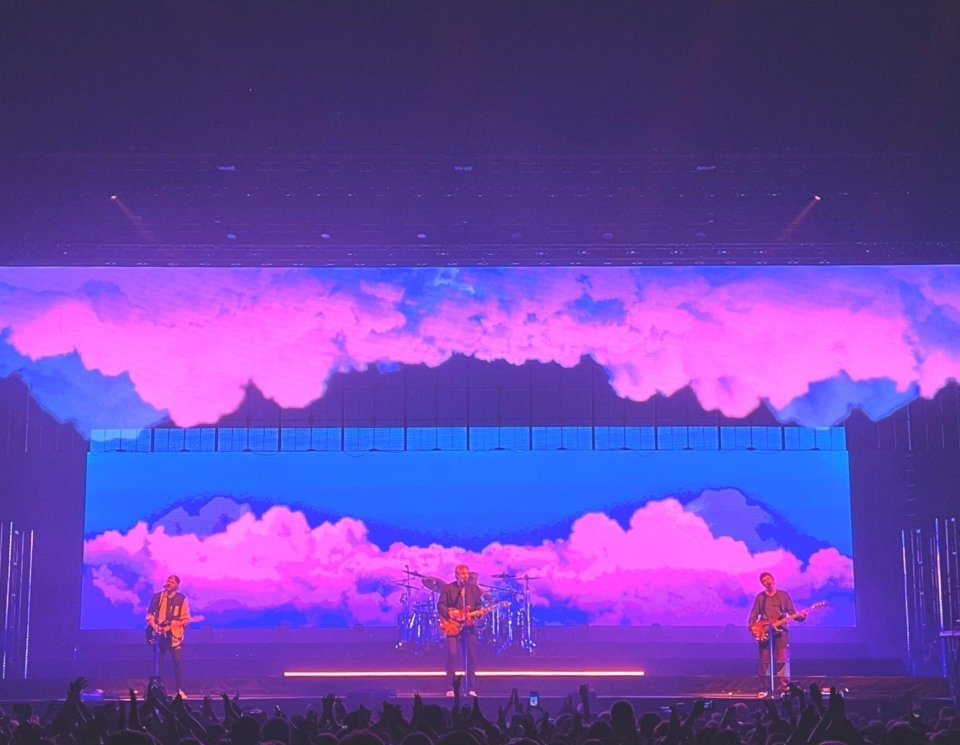 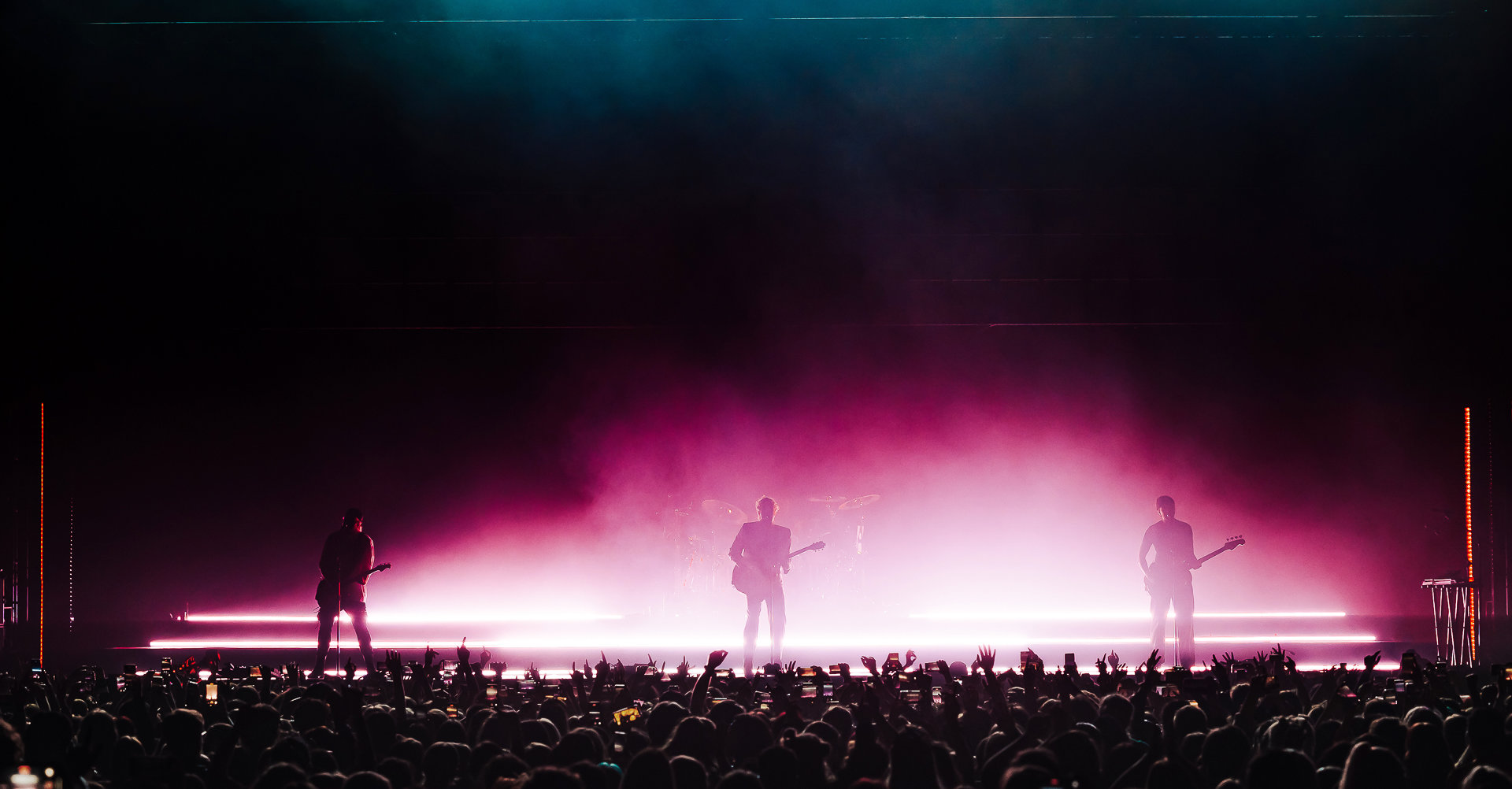 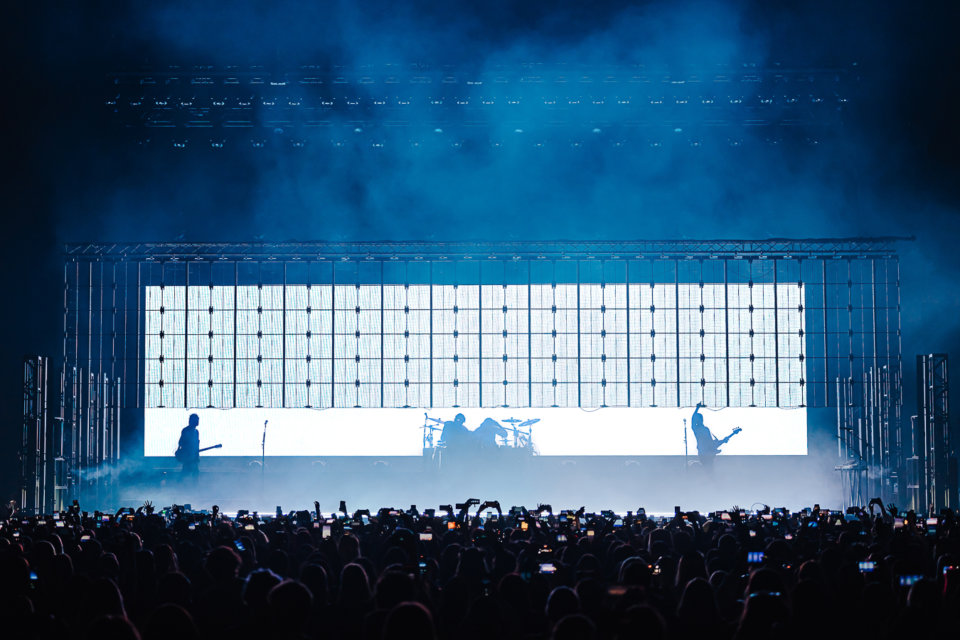 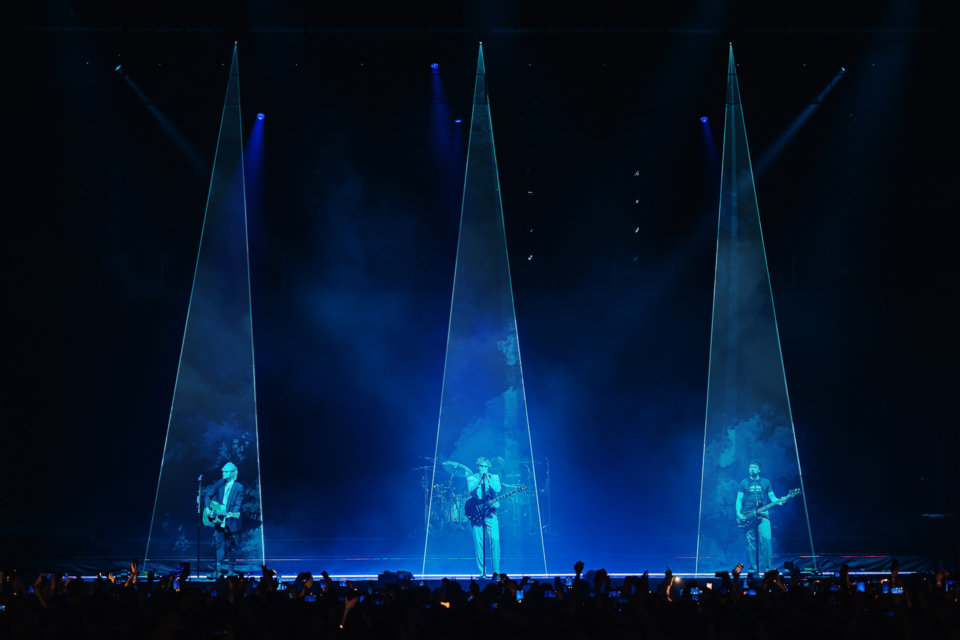 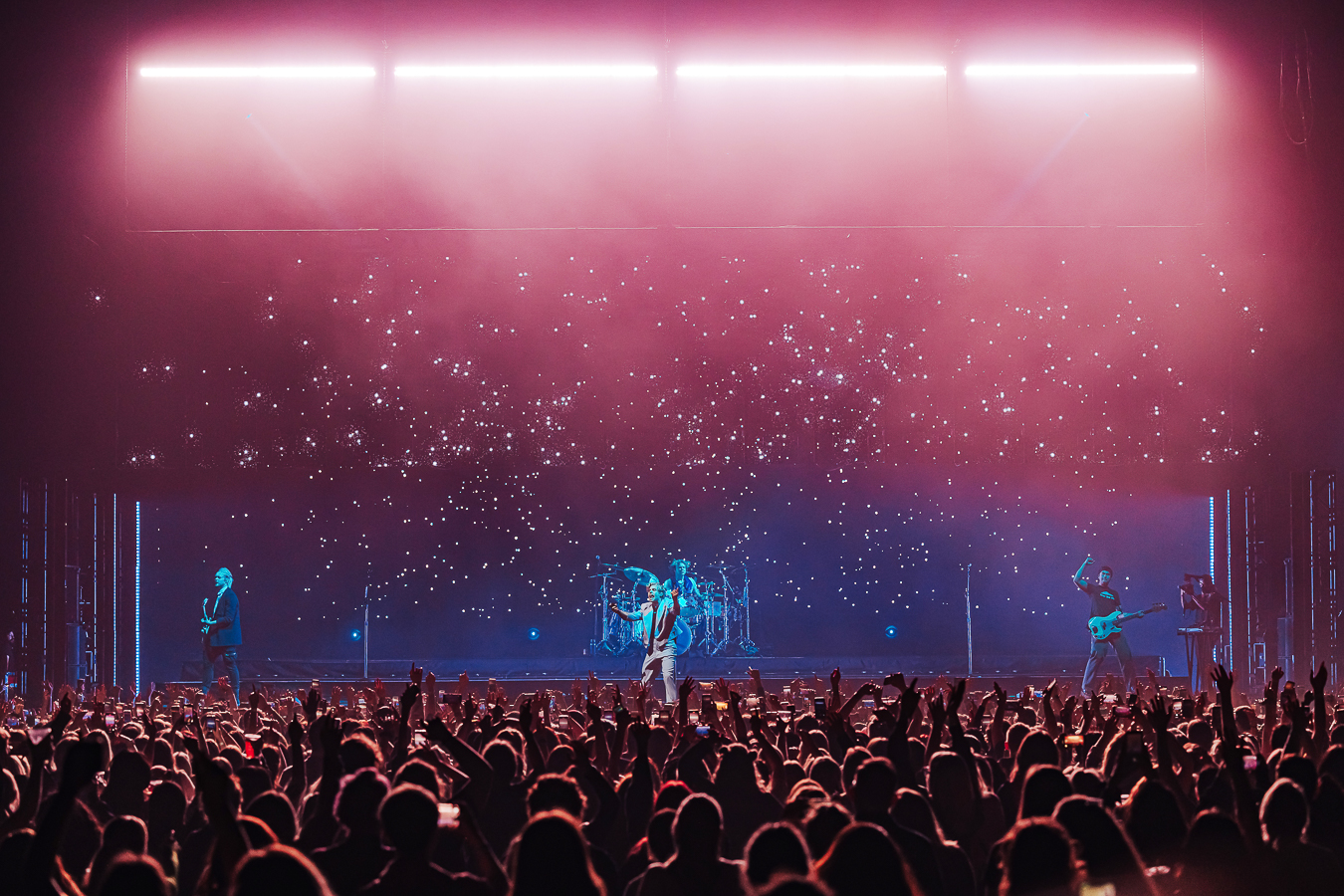 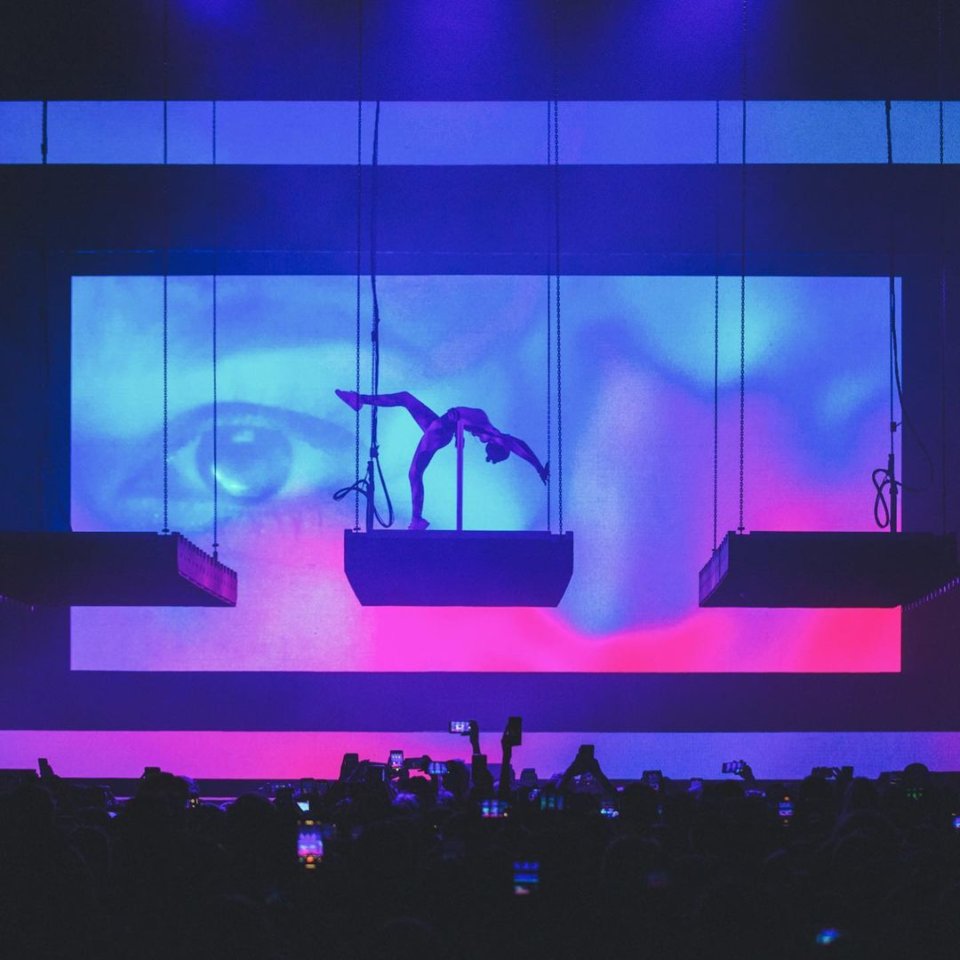 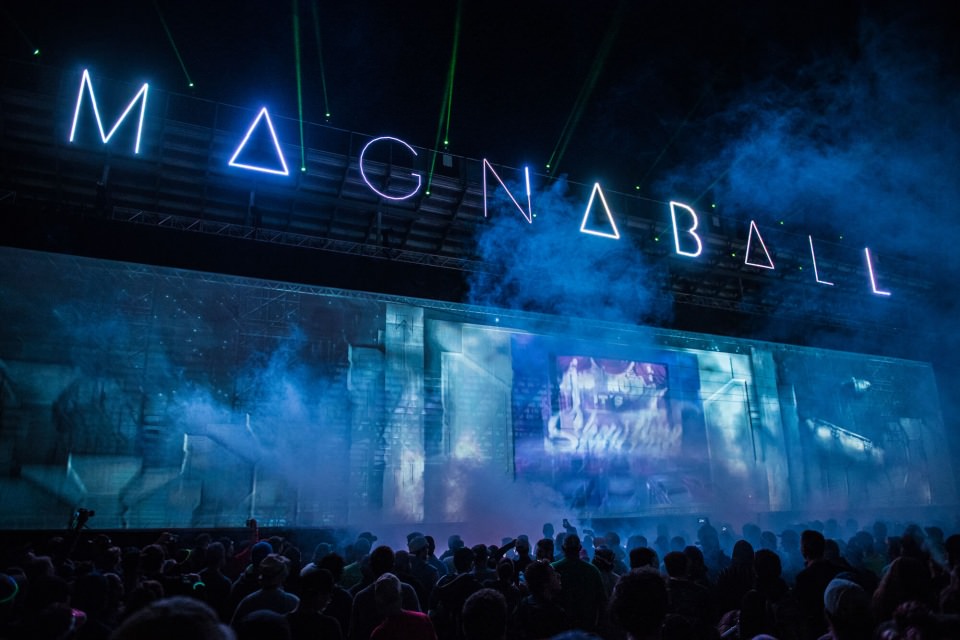