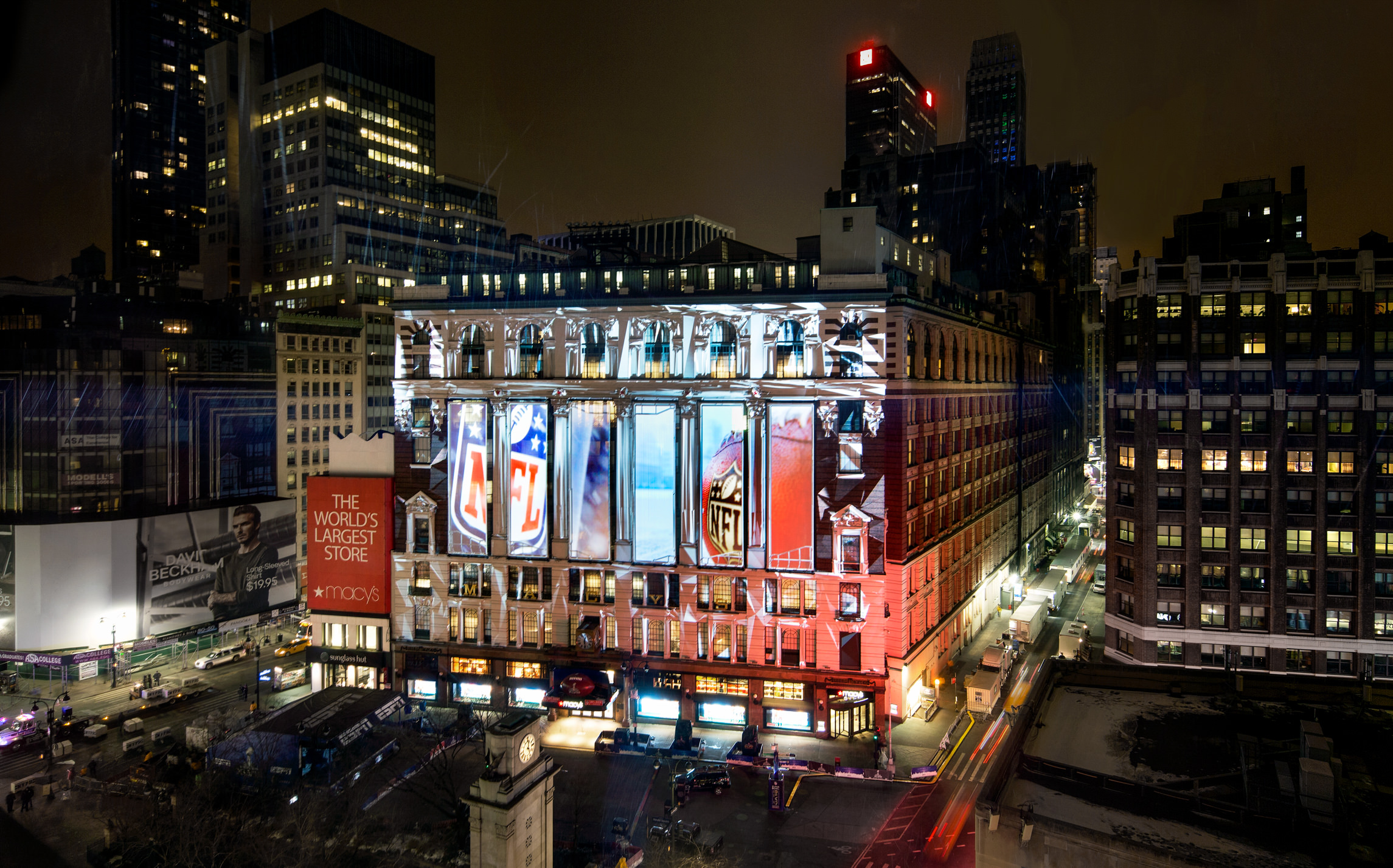 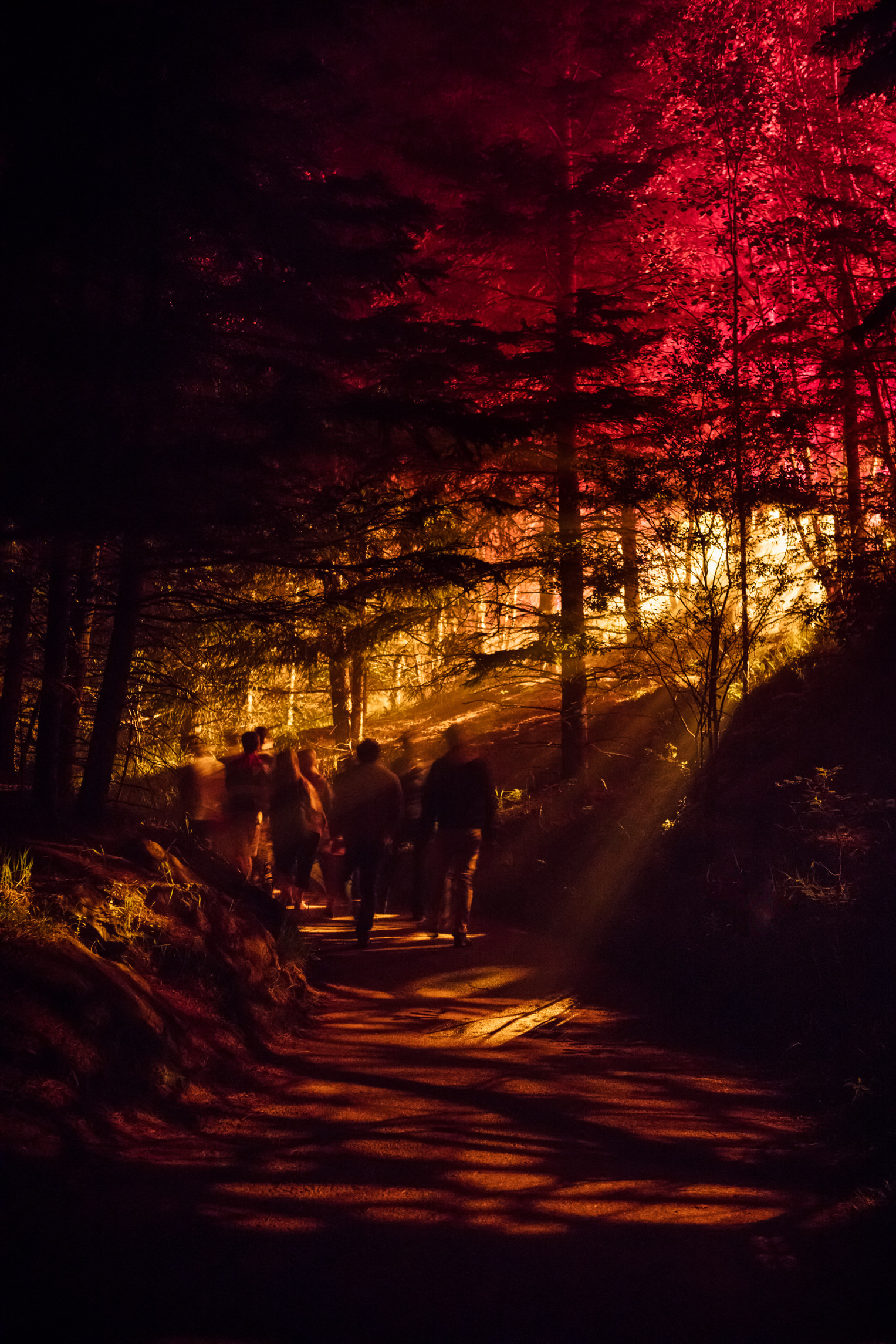 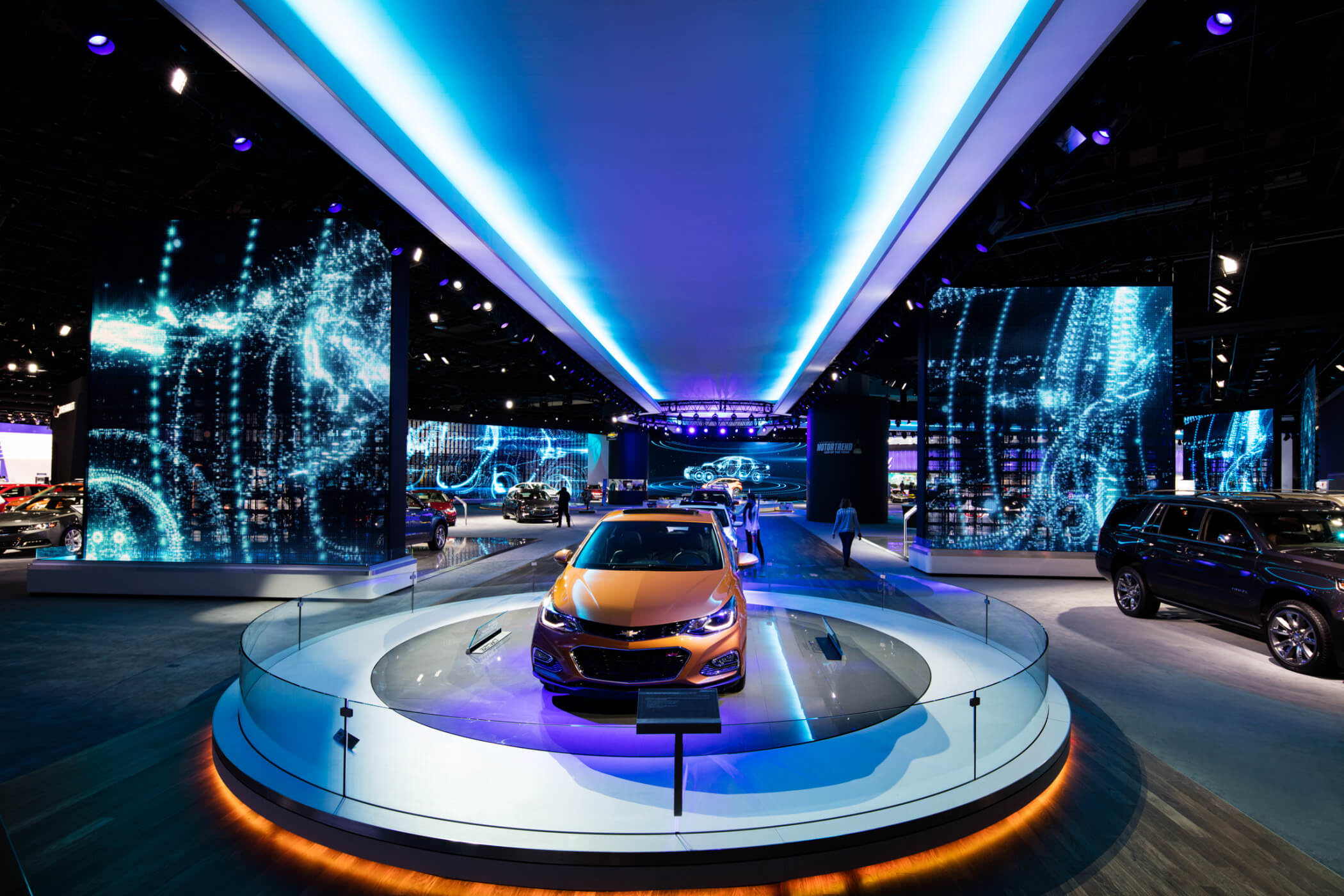 Occupying midtown Manhattan with the spirit of ‘America’s game’

Extending the experience beyond the main event: occupying midtown Manhattan with the spirit of ‘America’s game.’

In 2014, Moment Factory was approached by the NFL and world-renowned event organizers PPW to create Super Bowl Virtual Theater, a multimedia show projected on the outdoor façade of Macy’s Herald Square in New York on the occasion of Super Bowl XLVIII. Our goal was to extend the experience beyond the main event by taking over midtown Manhattan with a celebration of ‘America’s game.’

NFL fans were treated to a panoply of archival NFL footage ranging from 8-millimeter film to digital in addition to 2D and 3D animation. The whole was accompanied by an original soundtrack with special effects and surround sound. For four nights, the eight-minute show was projected every half hour on the iconic Macy’s storefront, a surface of 3390 square feet. Our team took special care to complement Macy’s unique architecture and the busy urban setting as with projection-mapping we transformed the building into a screen, then to a portal, and finally to a trompe-l’oeil shifting landscape.

The show was located at the entrance of “Super Bowl Boulevard” as the main attraction in a series of football-themed events spanning Broadway from 34th to 47th Street. Its scale and ability to gather a crowd established it as ‘the place to be’ to celebrate before the big game. 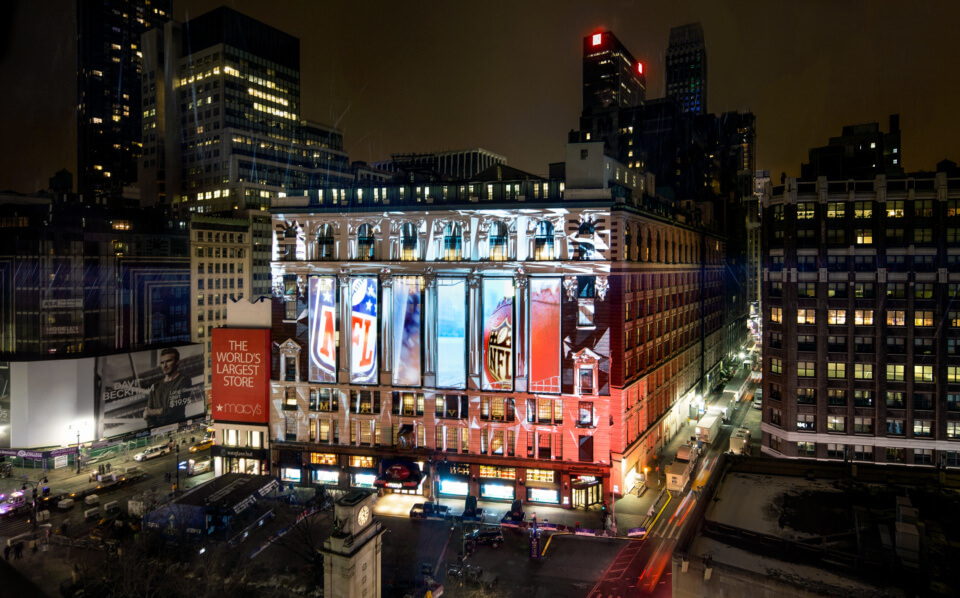 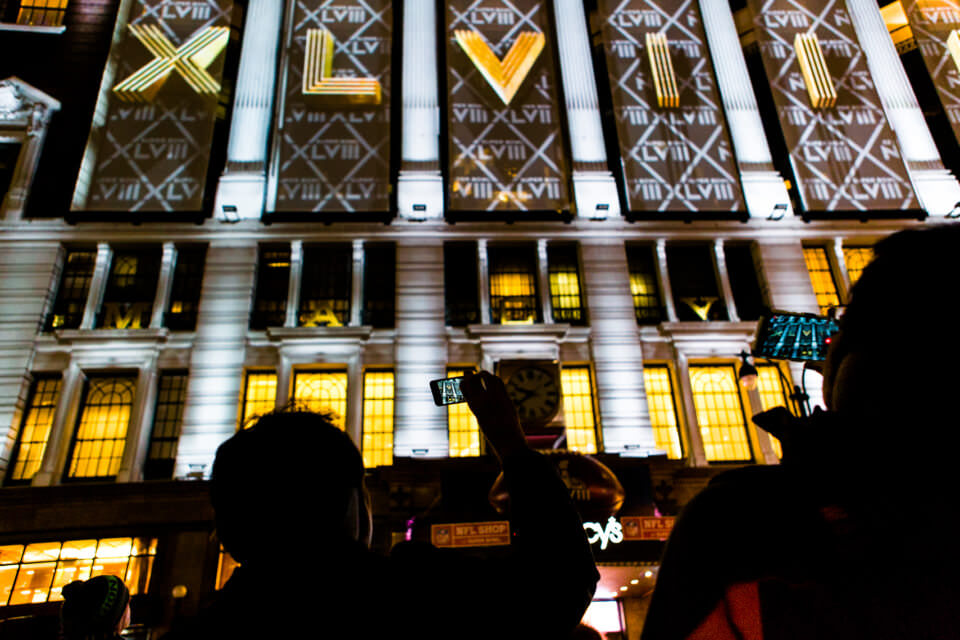 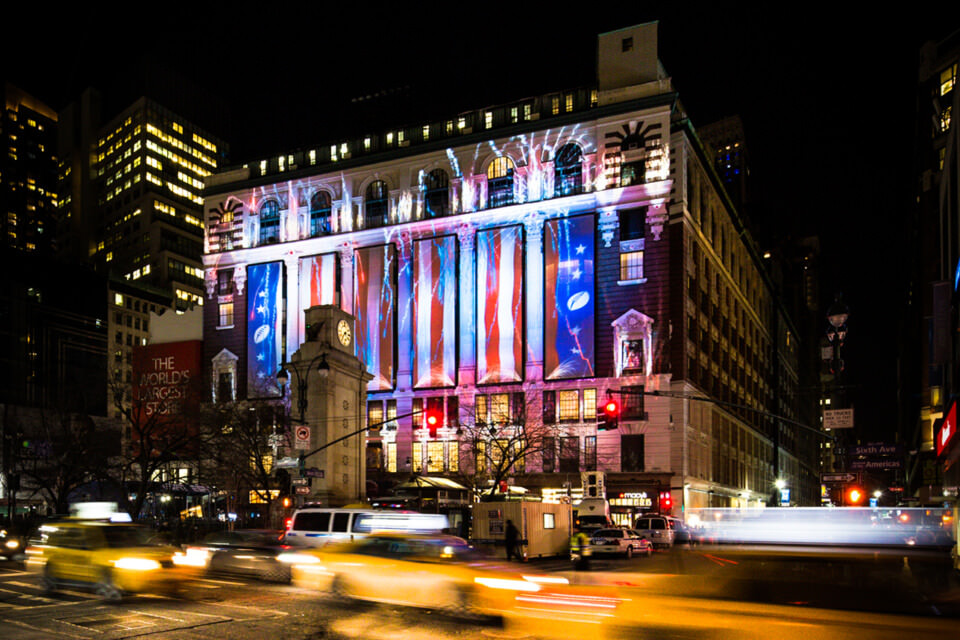 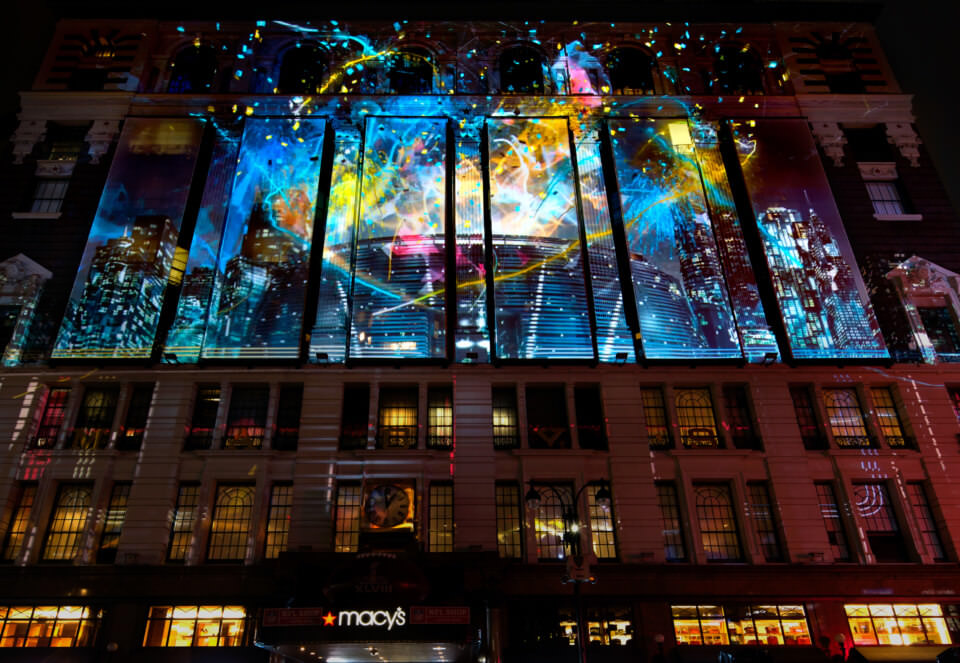 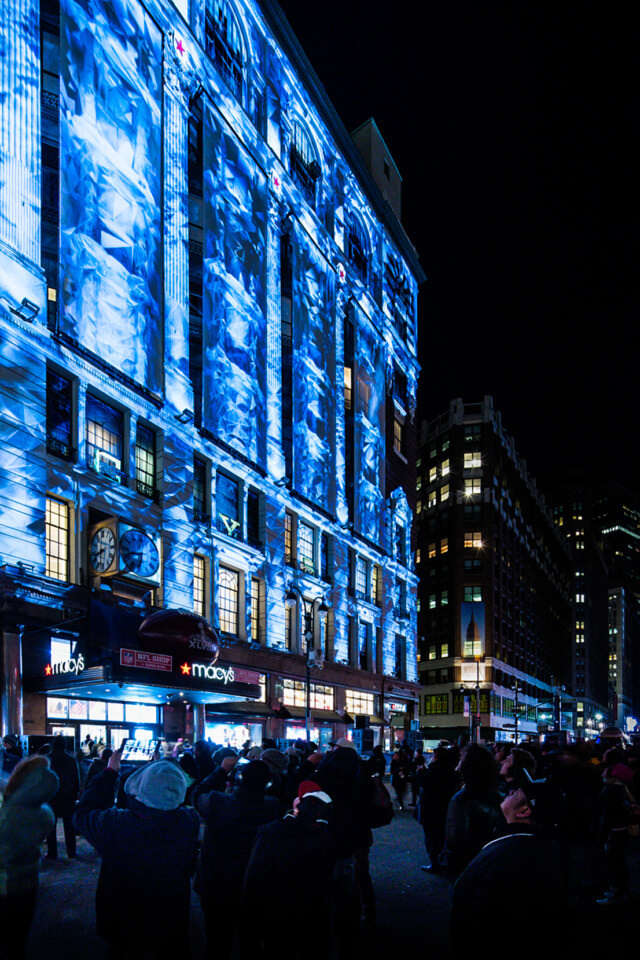 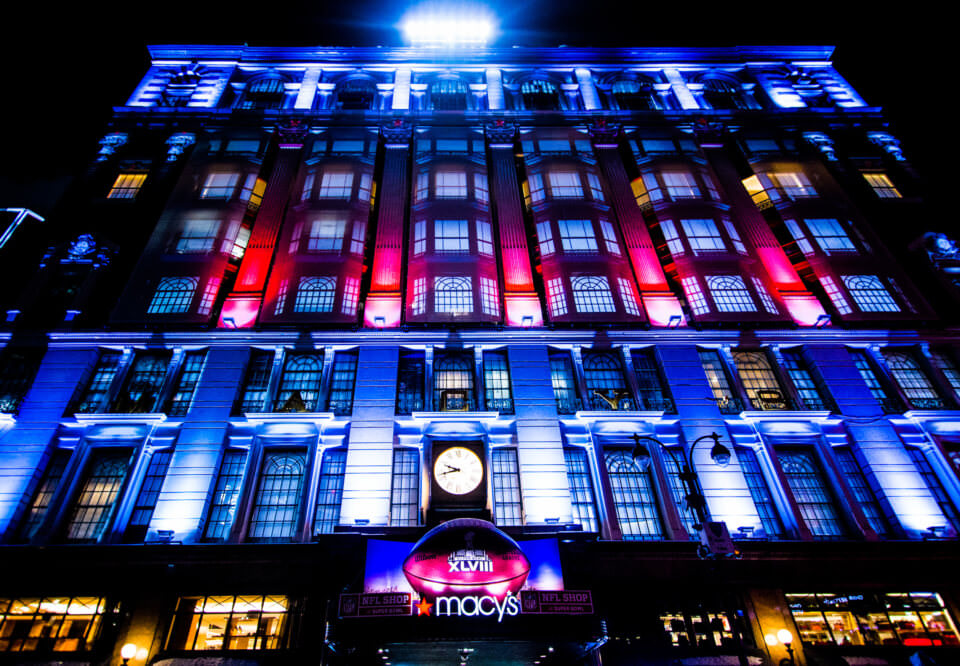 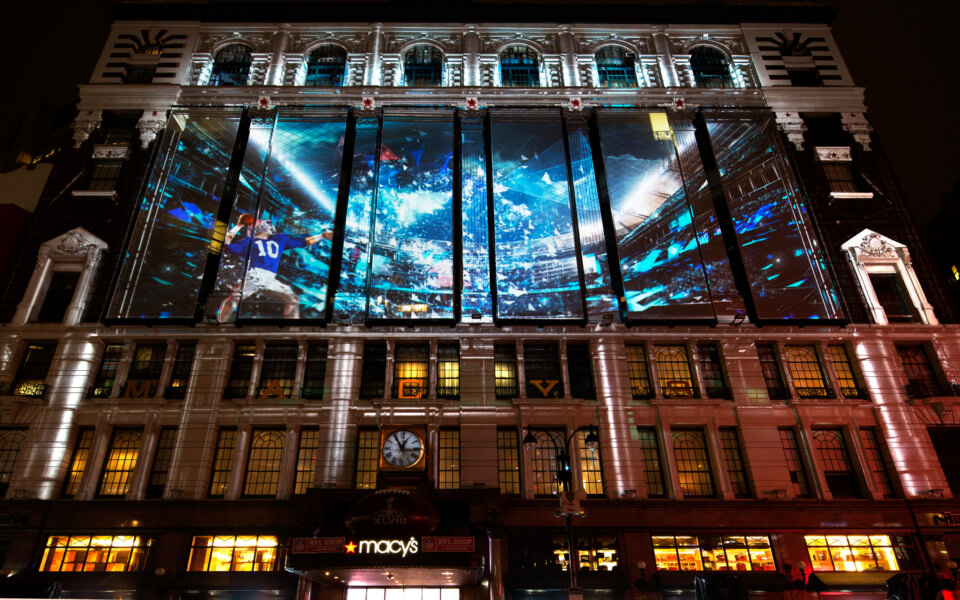 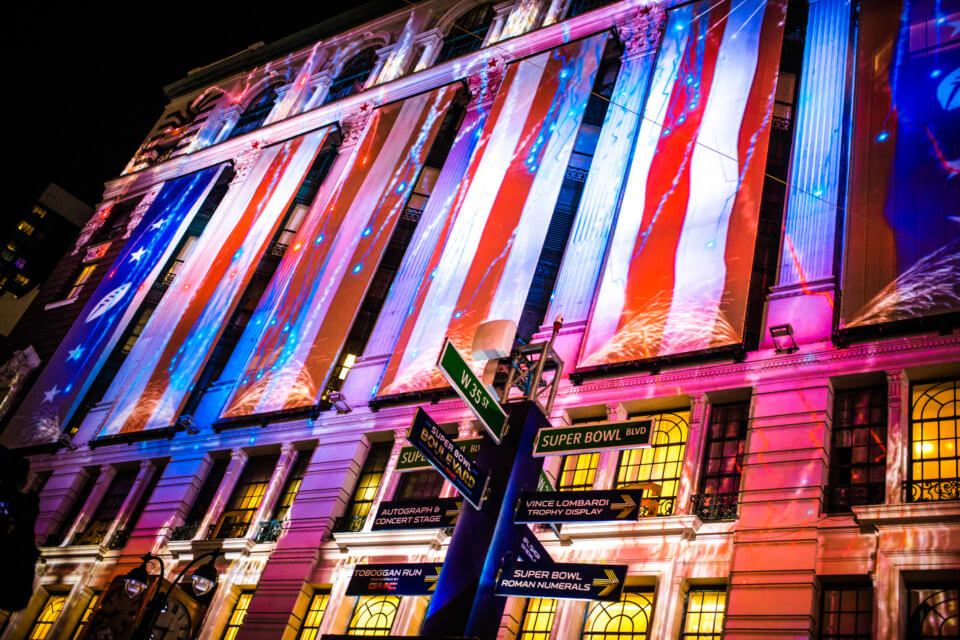 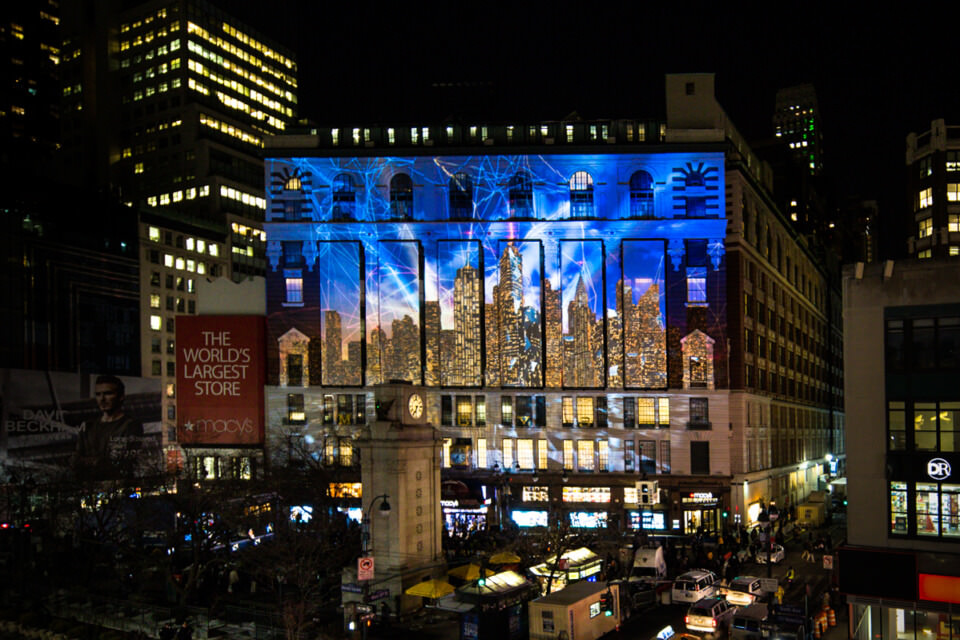 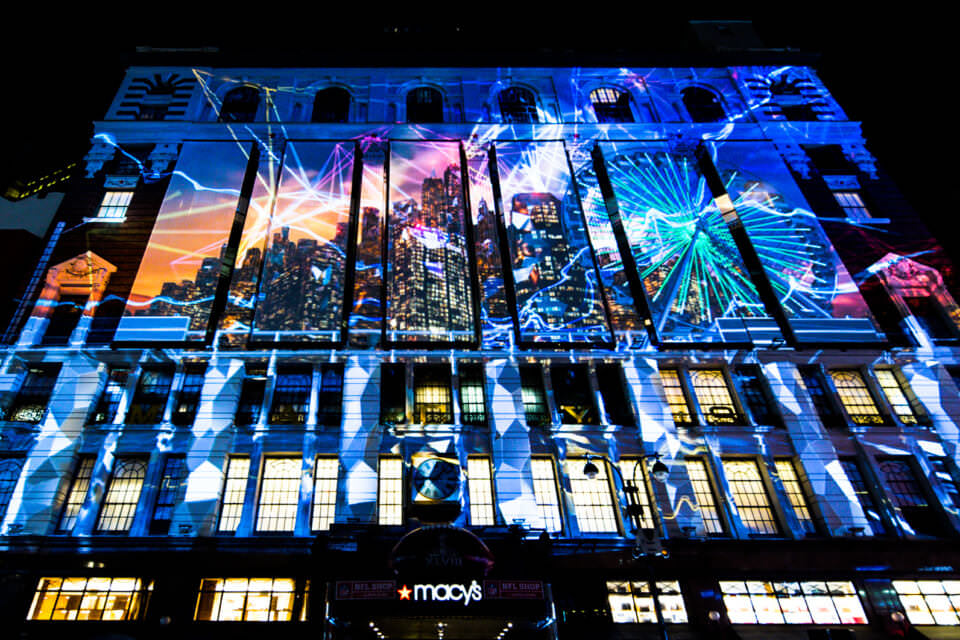 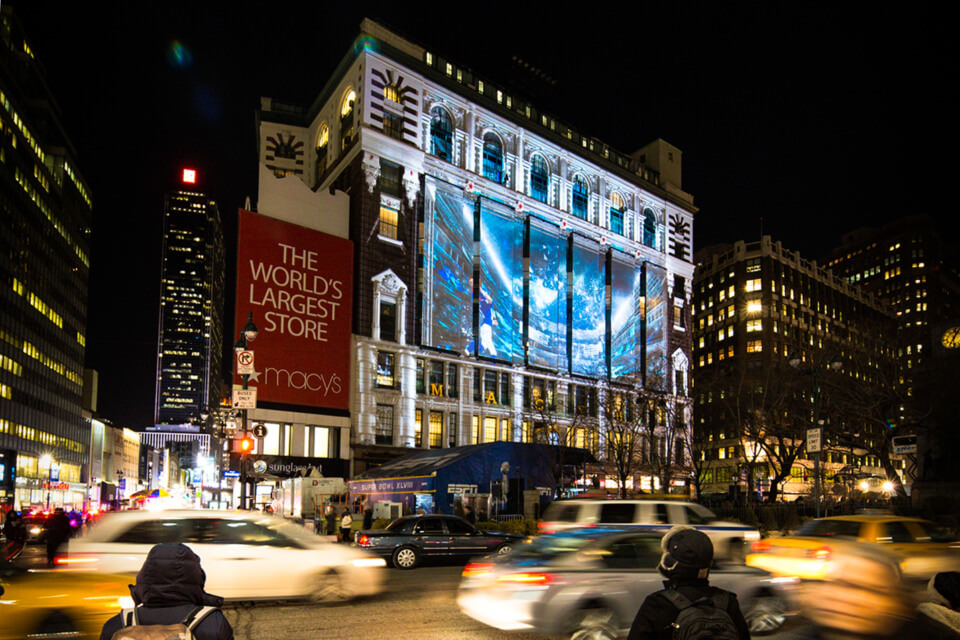 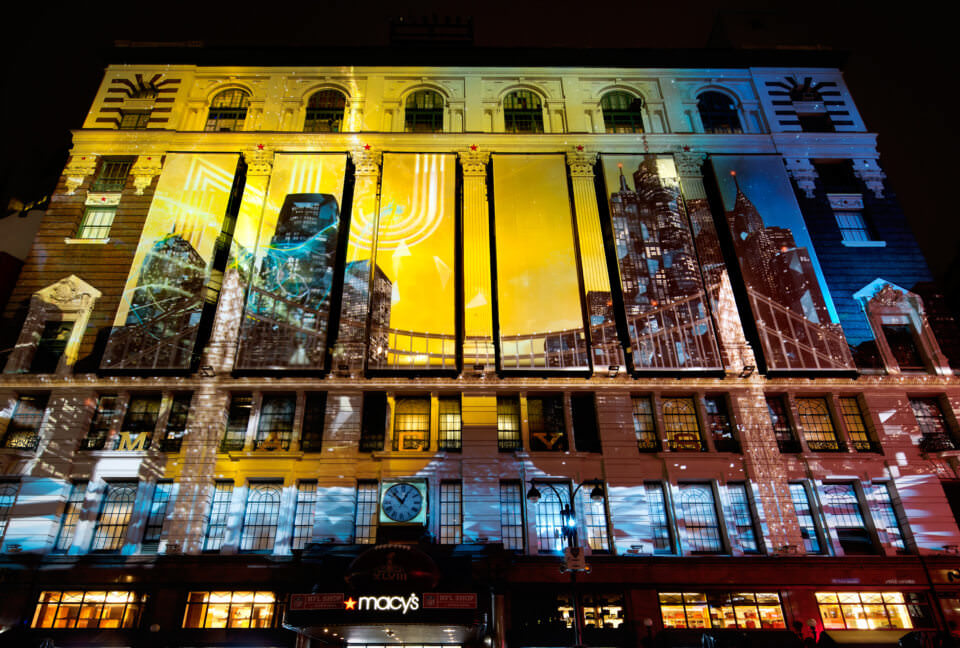 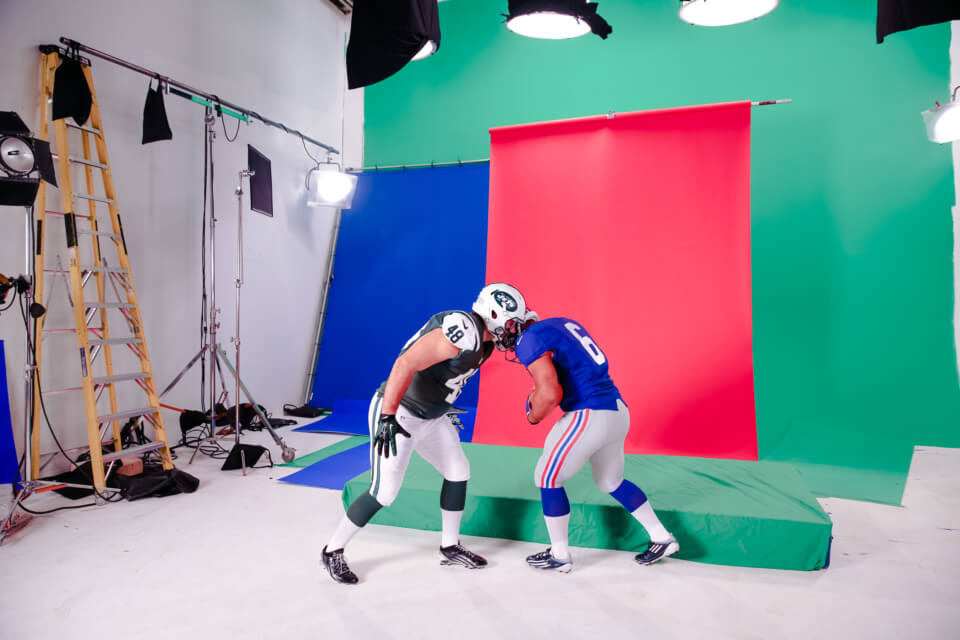 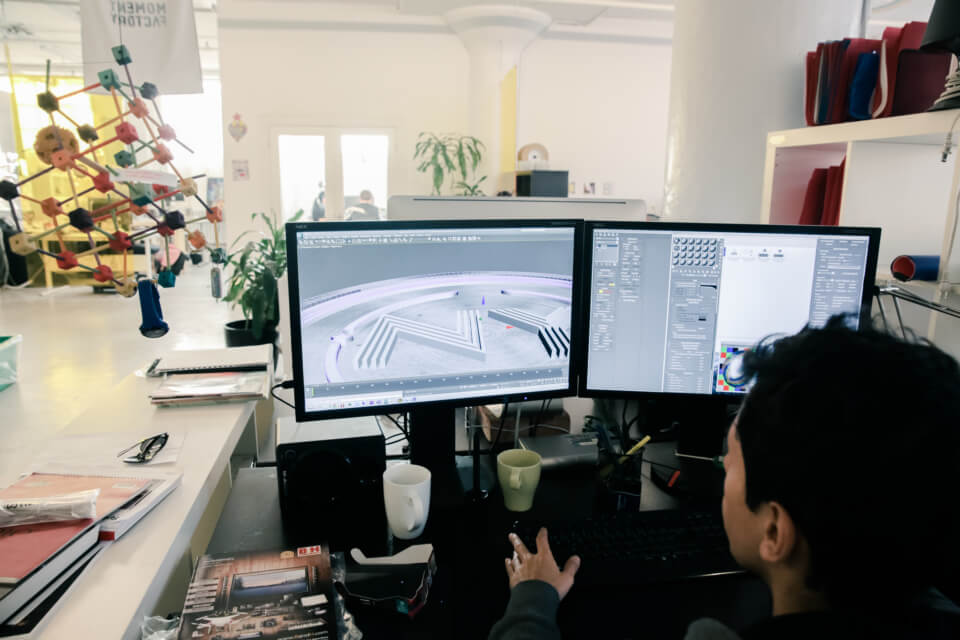 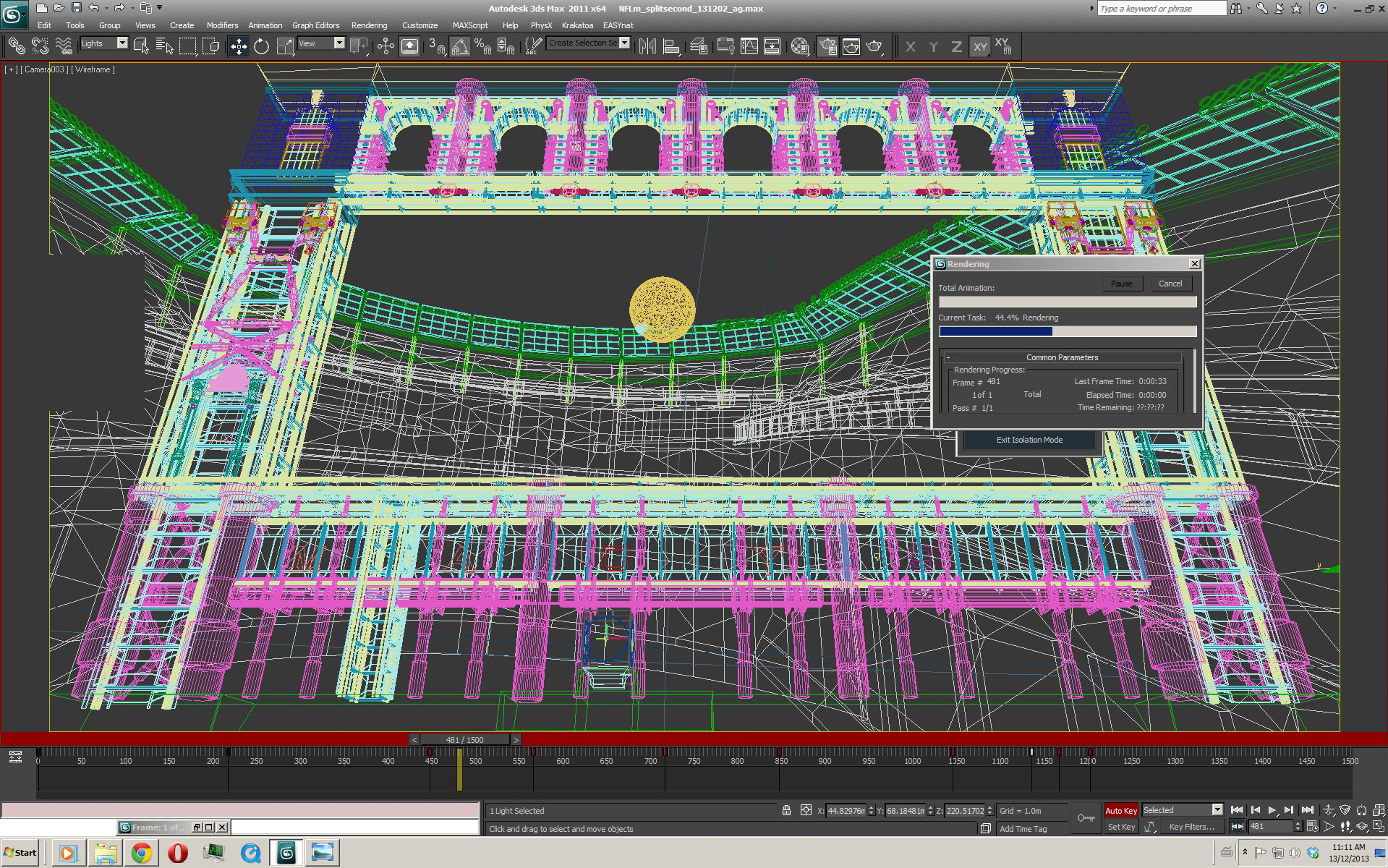 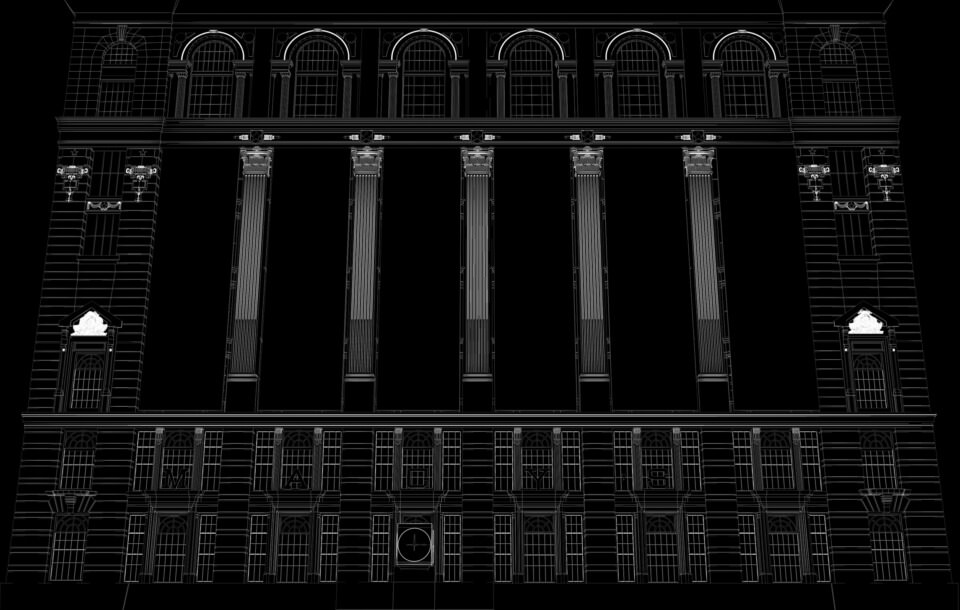 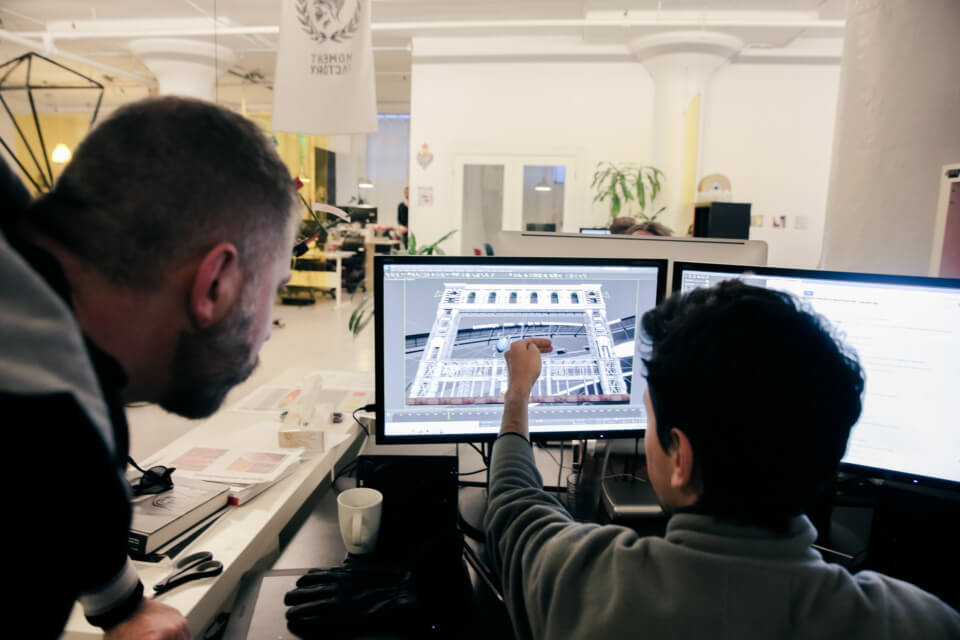 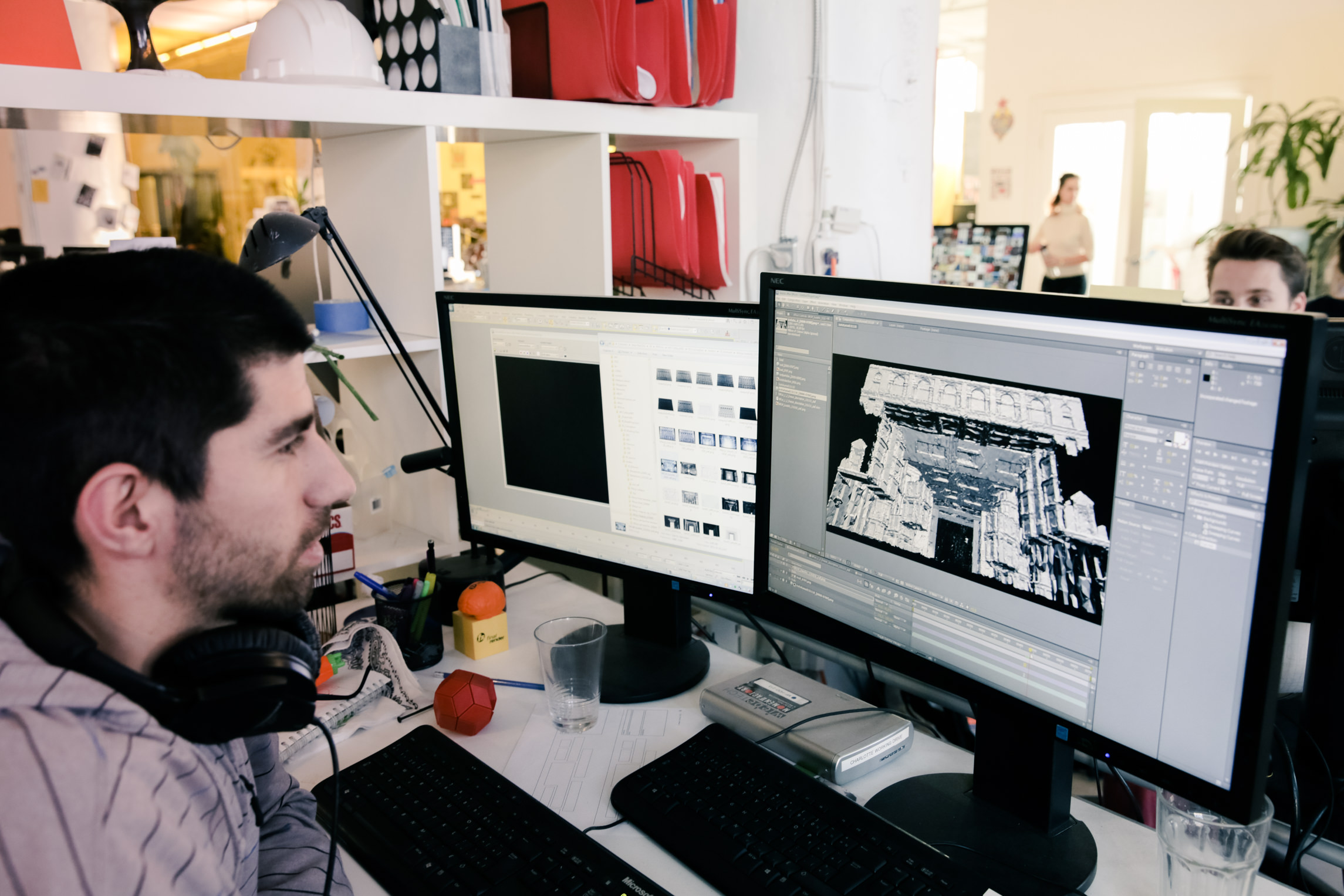 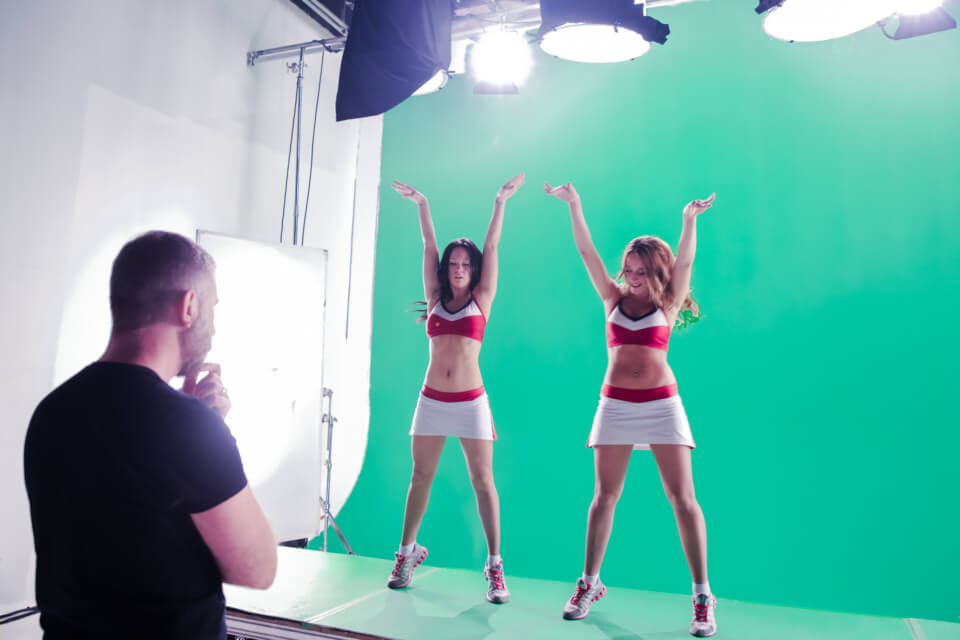 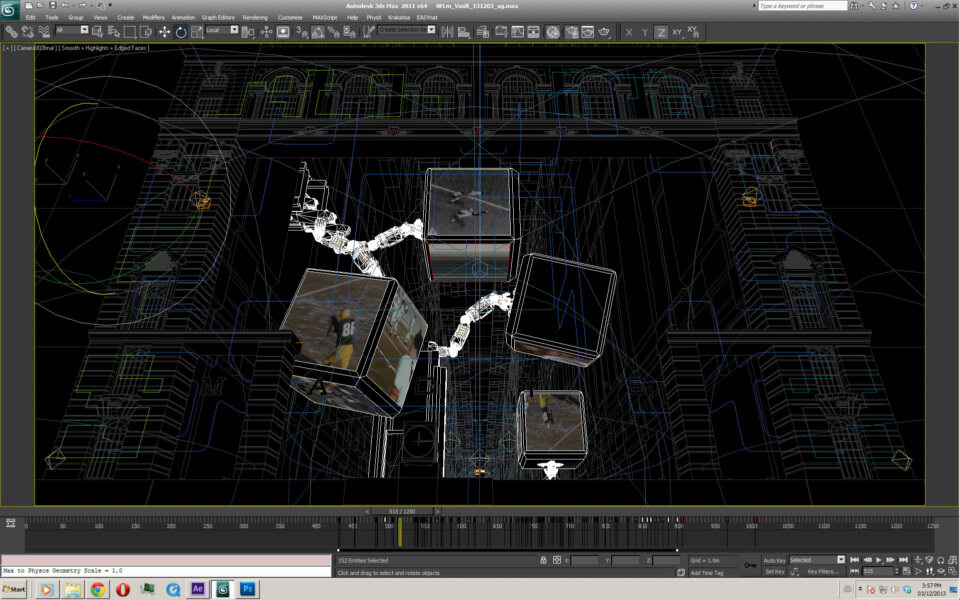 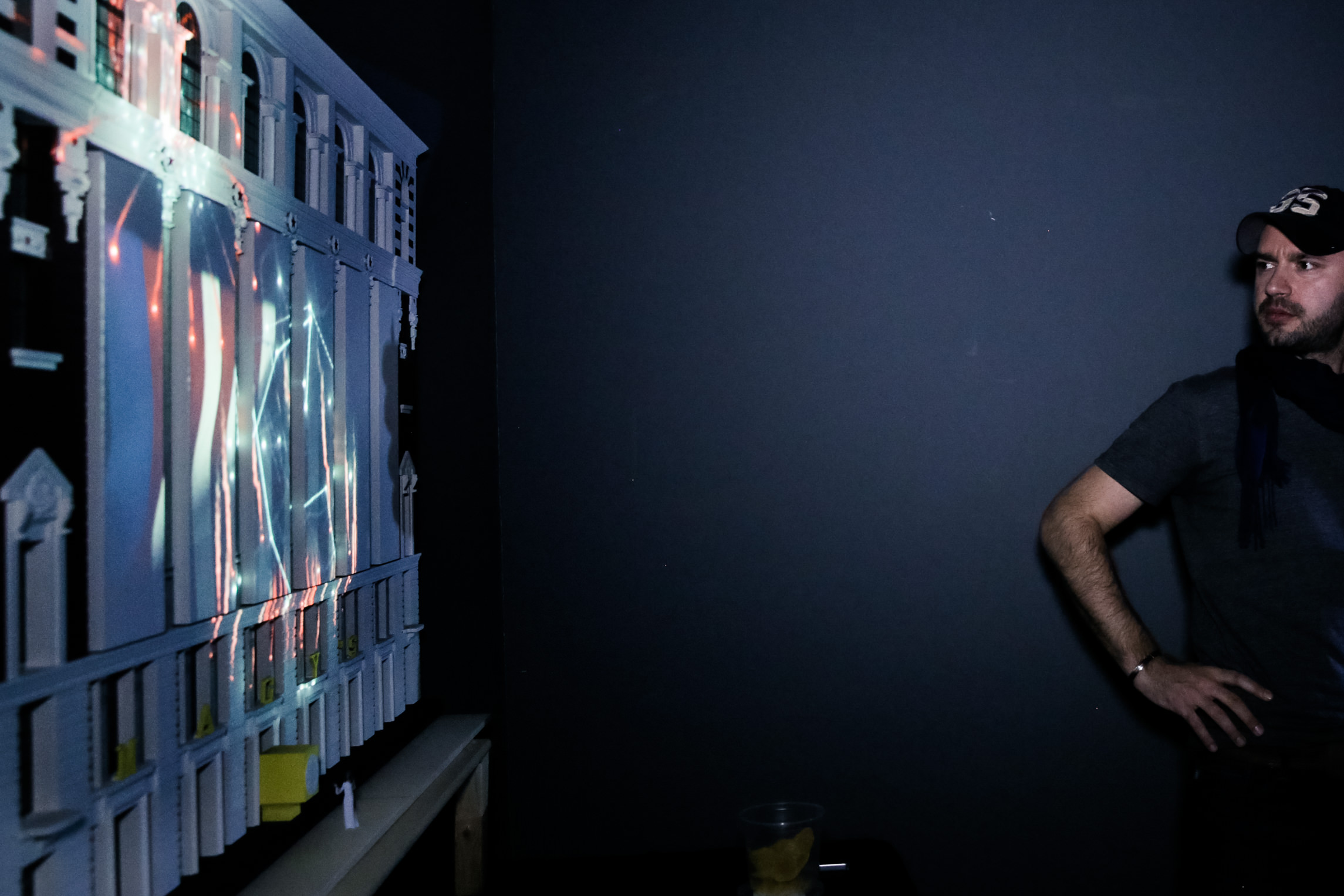 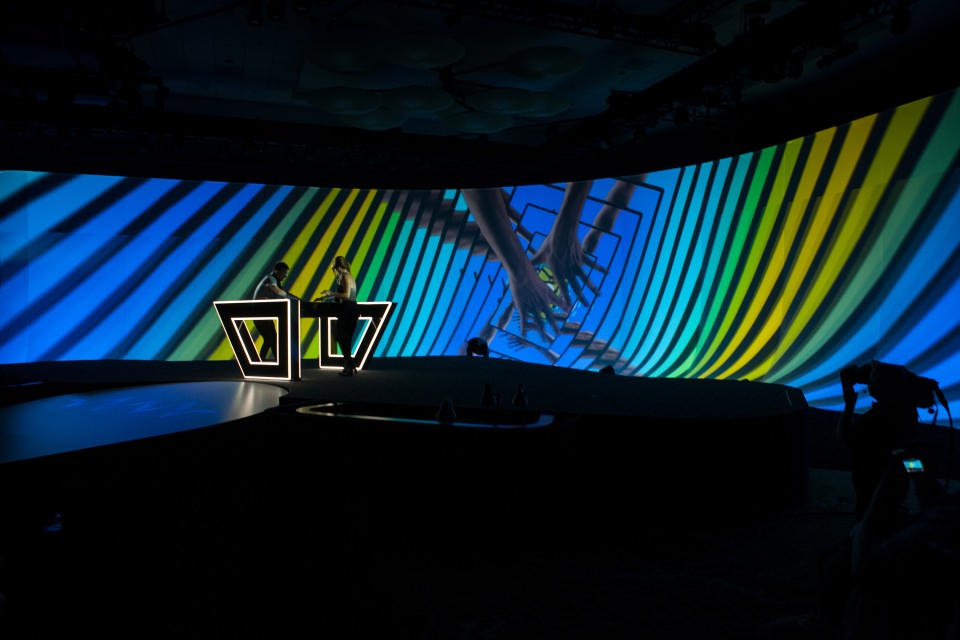 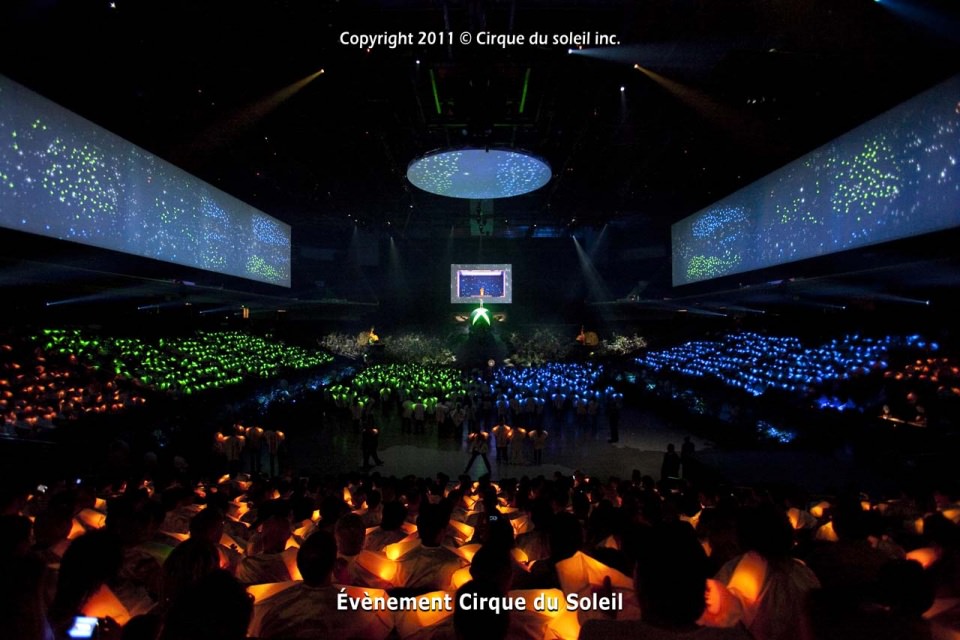 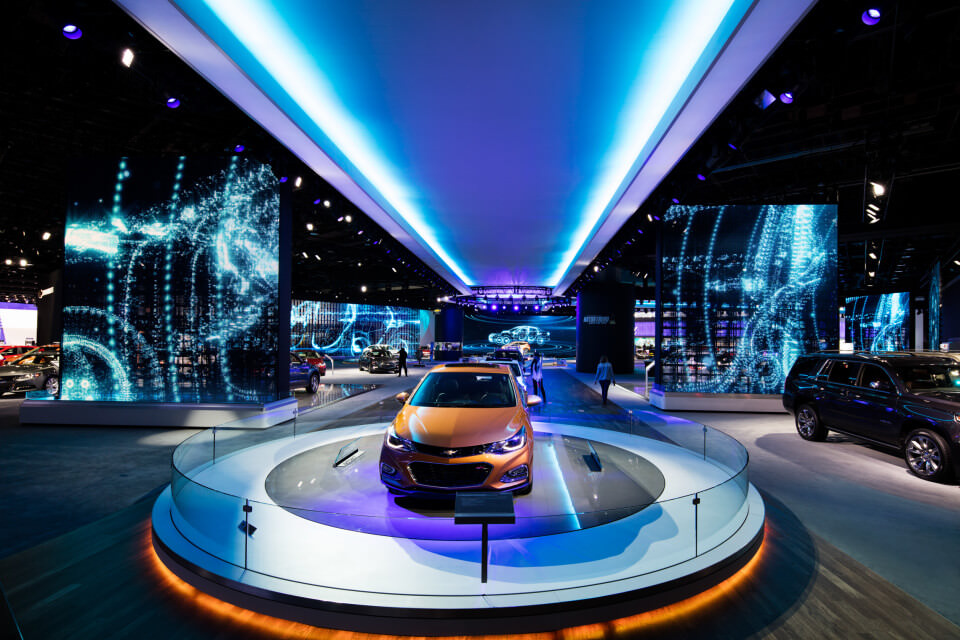