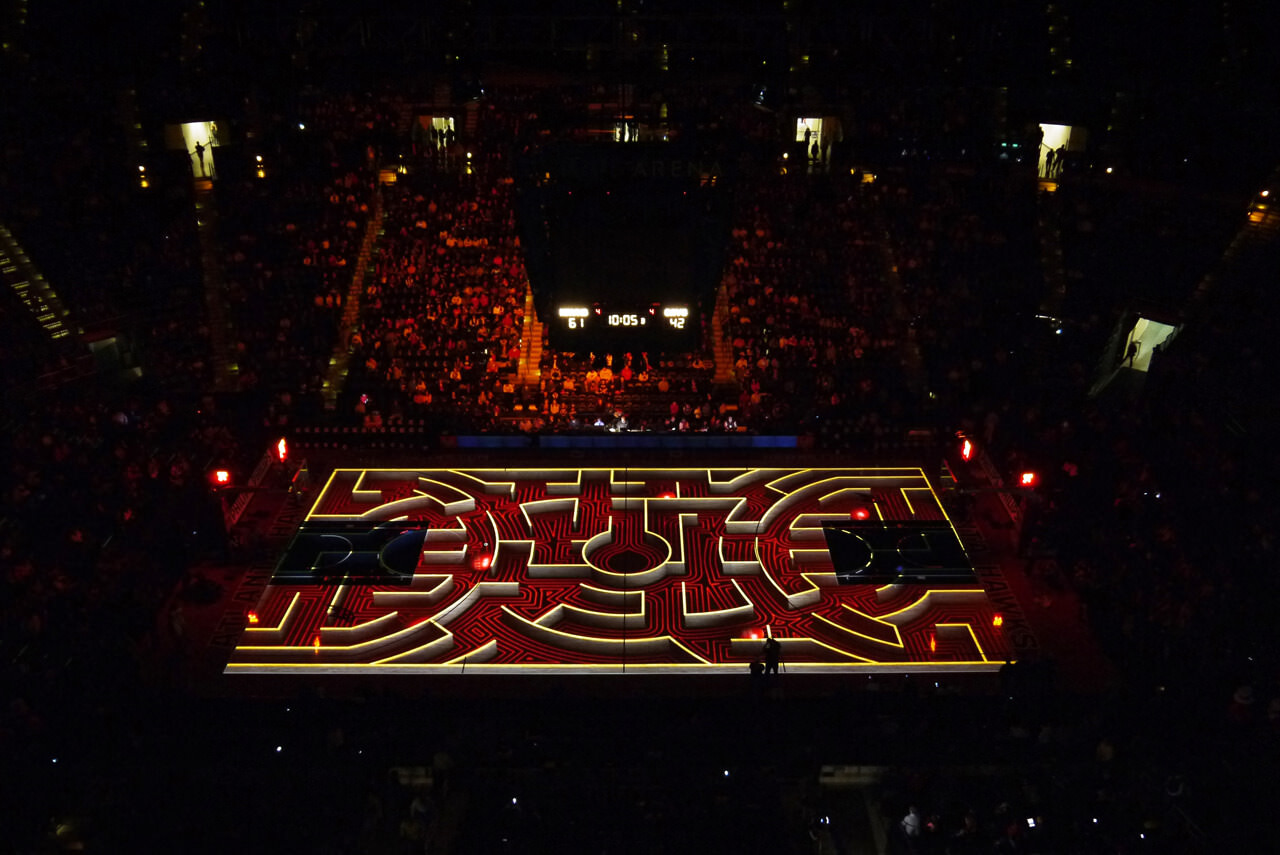 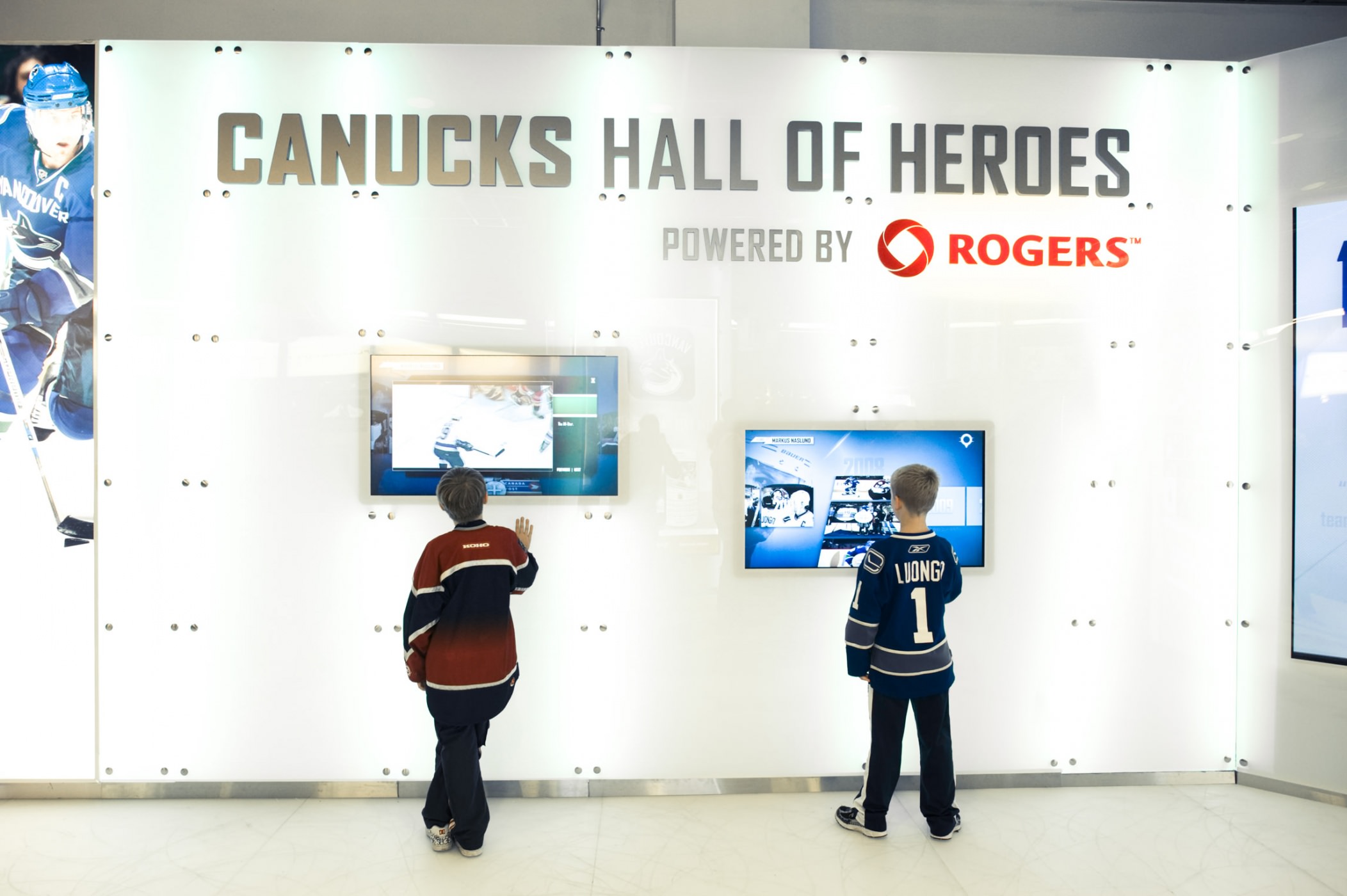 An immersive multimedia experience created mainly through 3D mapping on the basketball court for the launch of Georgia Lottery's new Powerball game.

To launch the Georgia Lottery’s new Powerball game in 2012, BBDO advertising agency asked Moment Factory to produce a halftime show for an Atlanta Hawks NBA home game against the Cleveland Cavaliers. In for the energy and focus of the event to not dissipate as fans stepped out for a break, we needed to capture the audience’s attention quickly as the players left the court in order at halftime.

The initial connection between the excitement of watching your favourite team play basketball and playing the lottery is clear: an emotional arc where anticipation leads to potential exhilaration governed by a mix of chance and skill. The crowd was already primed with the anticipation of the basketball game; we wanted to harness this energy and push it even further for the halftime show experience. Following a moment where the entire arena went dark, with 3D projection-mapping we made the entire court open up to reveal a bubbling mass of powerballs, ready to pop up a winner. Then lines of light emerged from the shadows as the court transitioned into a giant labyrinth game rocking back and forth, powerballs rolling through game’s maze. From there the court transformed into a spinning helix; a shocking trompe d’oeil that had the whole stadium on its feet. To complete the immersive experience, the stands were swept with projections while LED lights traced the outline of the court and the main scoreboard played video animations. To finish, we had the whole stadium break out in a dance party which offered a fun transition into the halftime break.

This four-minute show was part of an immersive multimedia experience created mainly through 3D mapping on the basketball court. By tying into the energy already in the room, we were able to deliver Georgia Lottery’s informative message through a captivating, entertaining, and fun experience. All it took was four minutes to make the connection between the thrill of a basketball game and the excited anticipation of powerball through intelligently-paced show design and gripping content that makes the impossible happen. 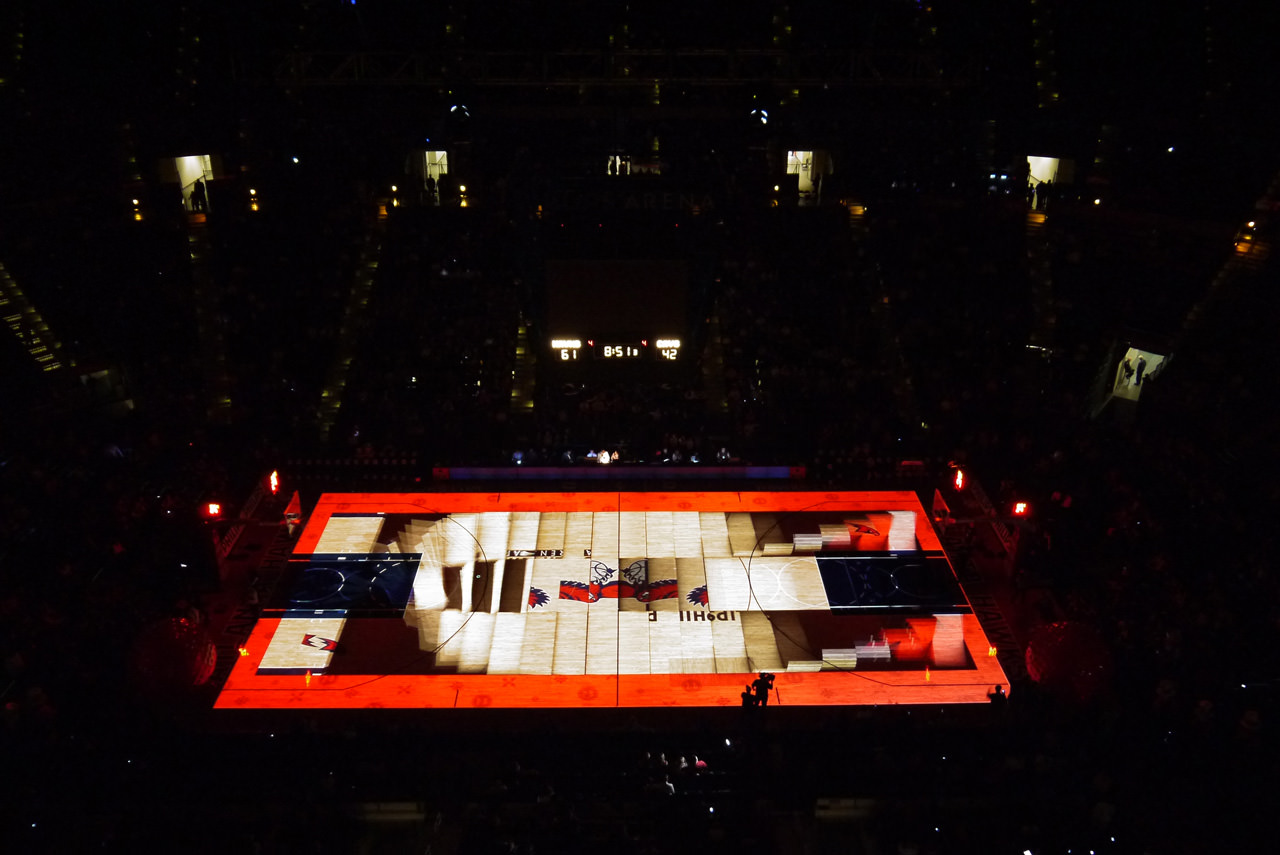 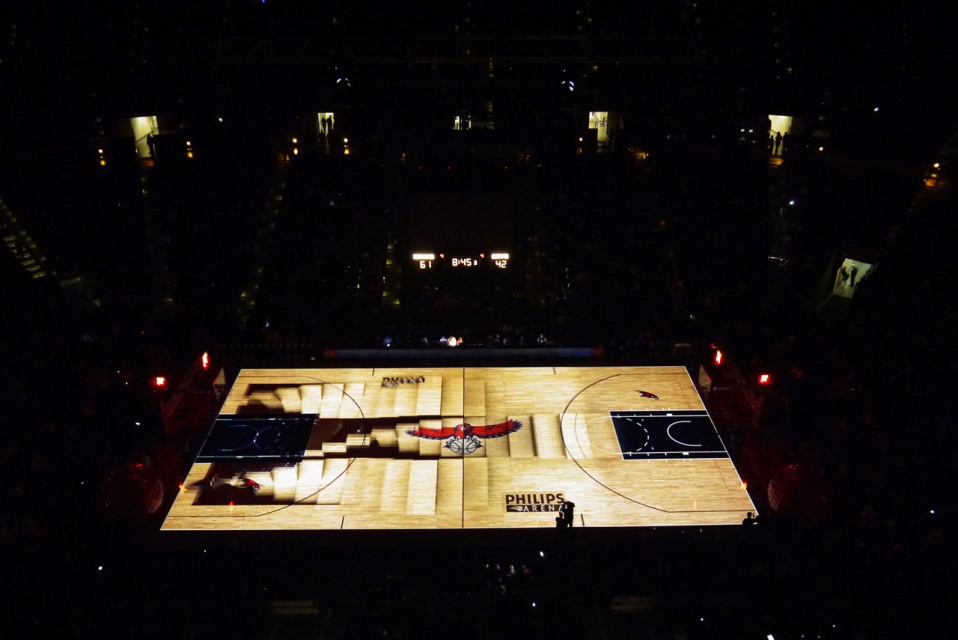 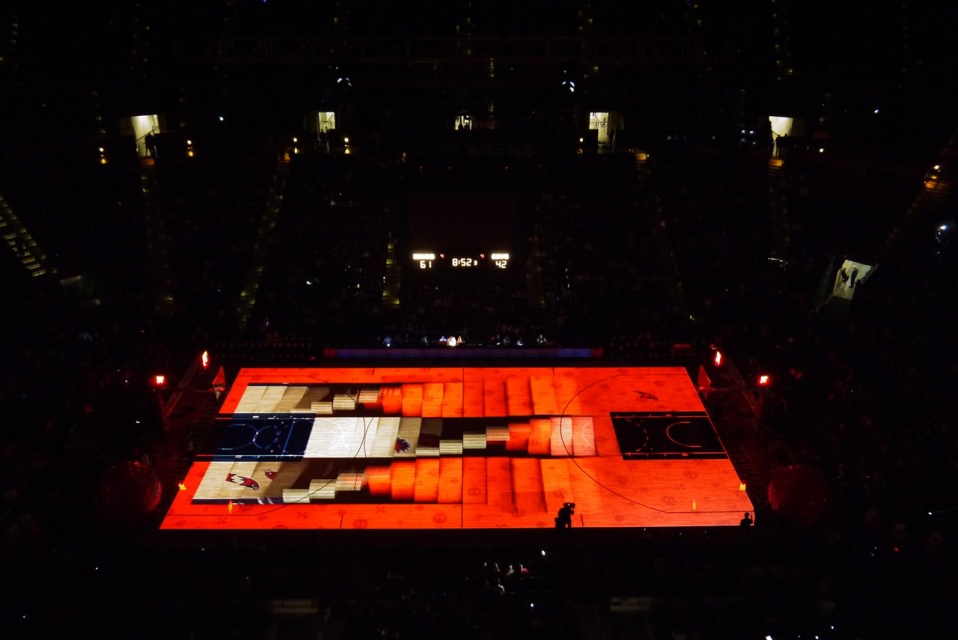 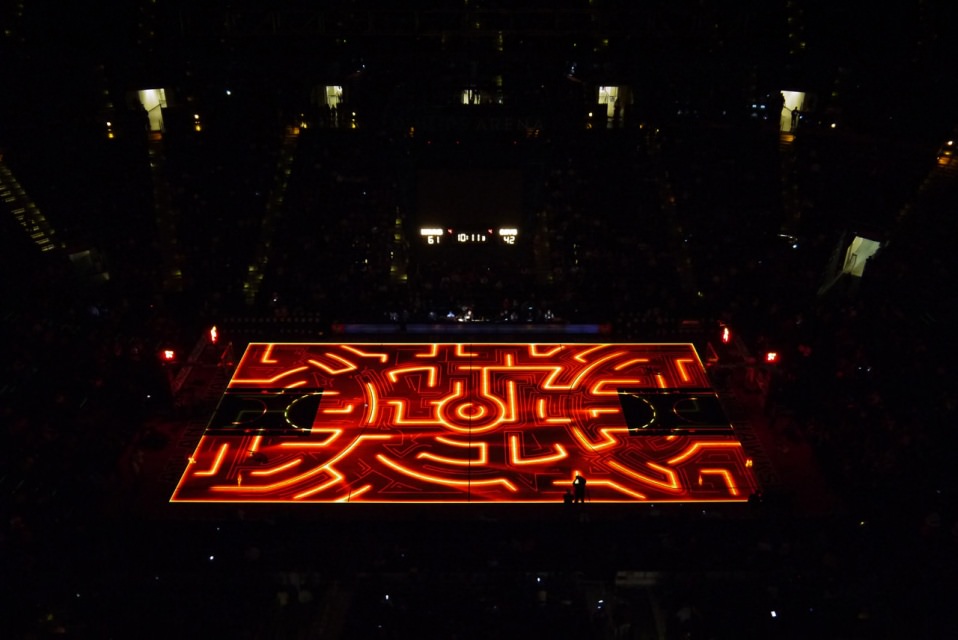 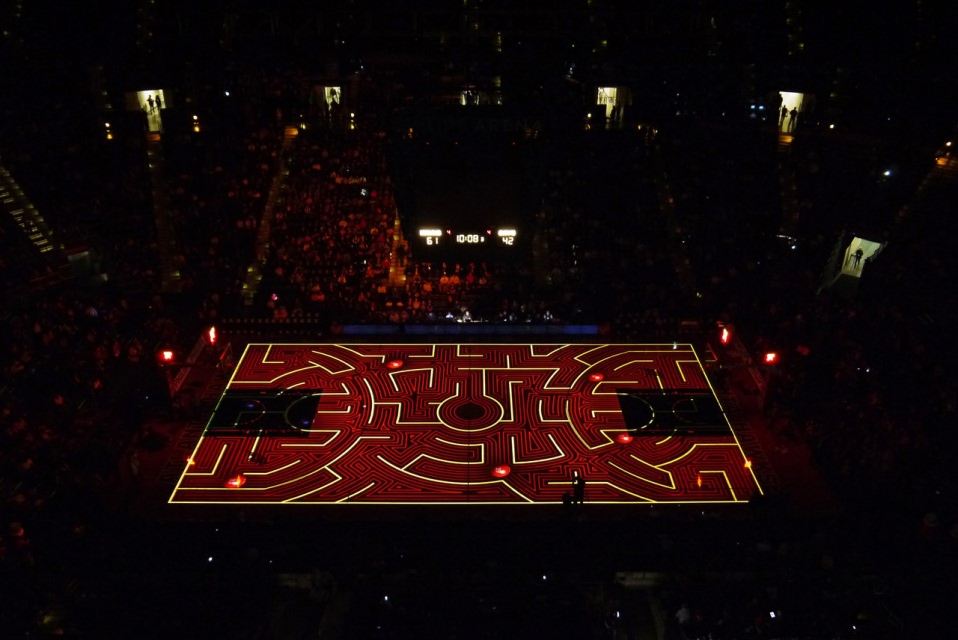 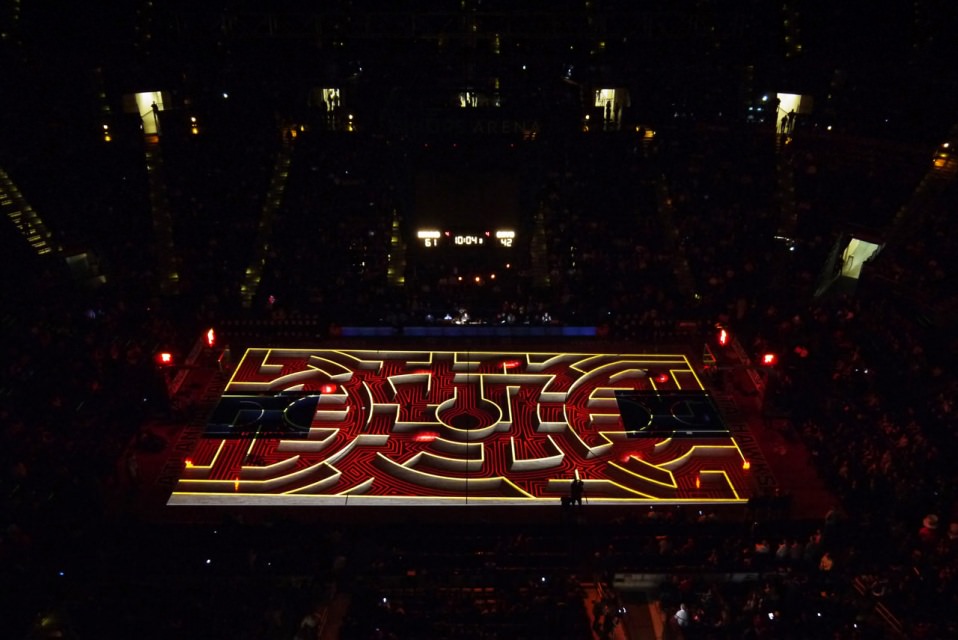 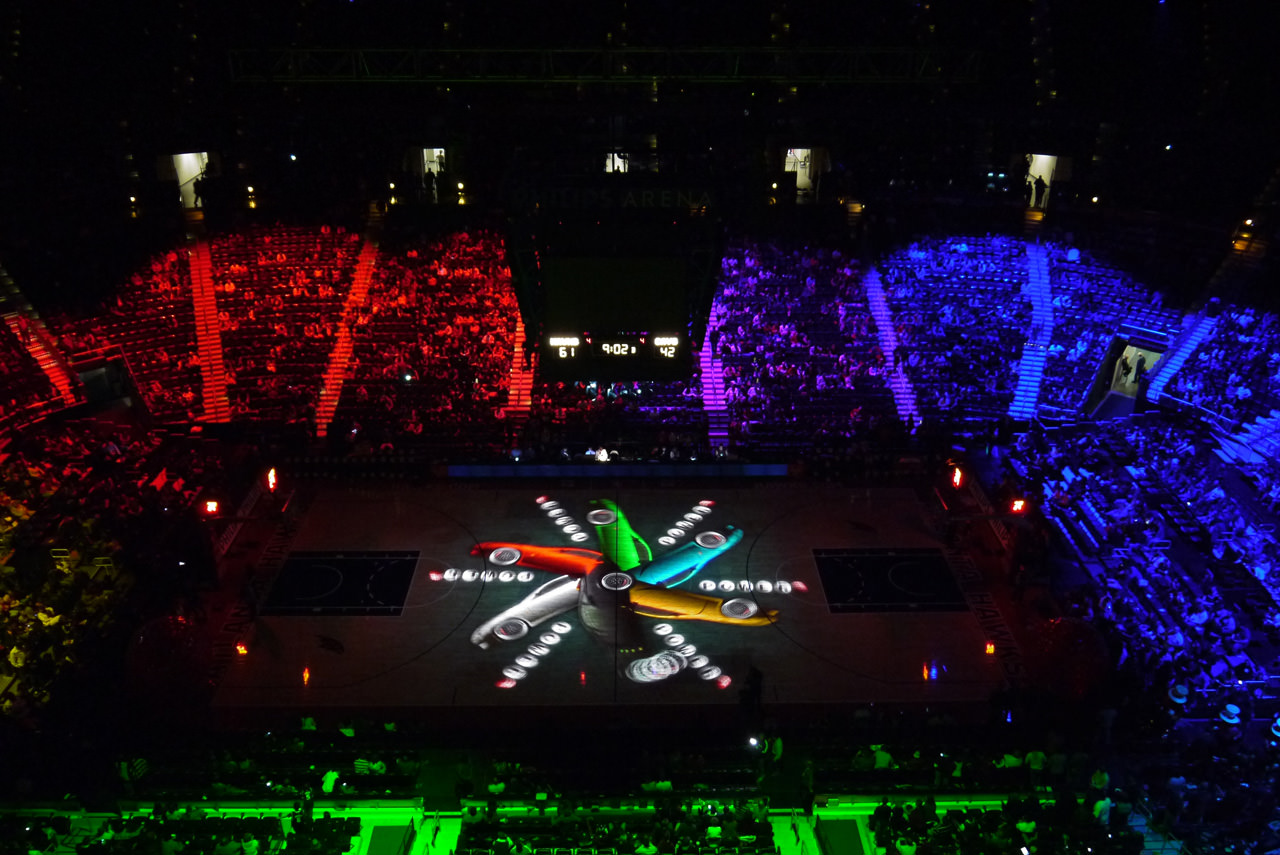 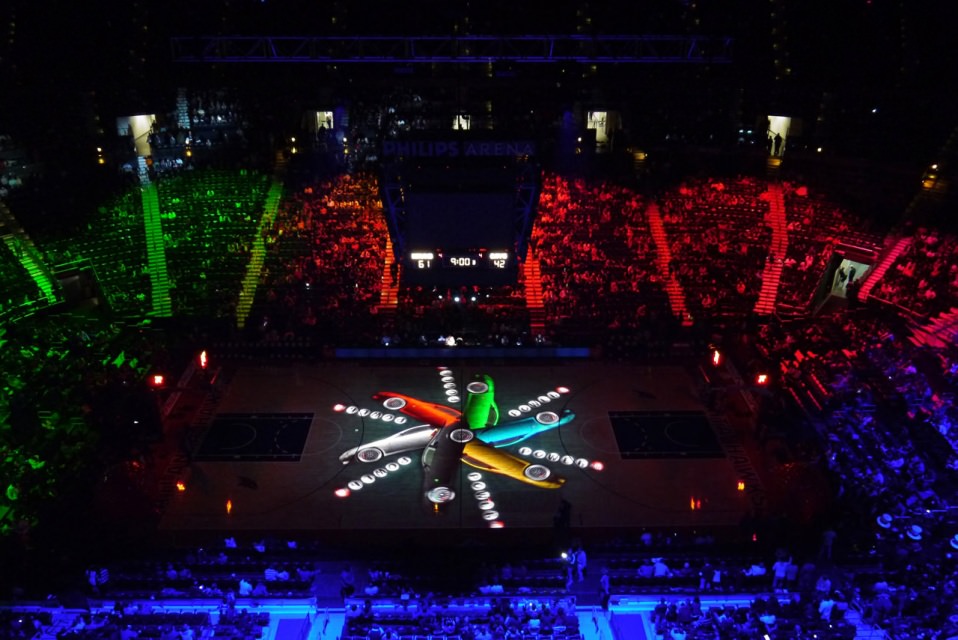 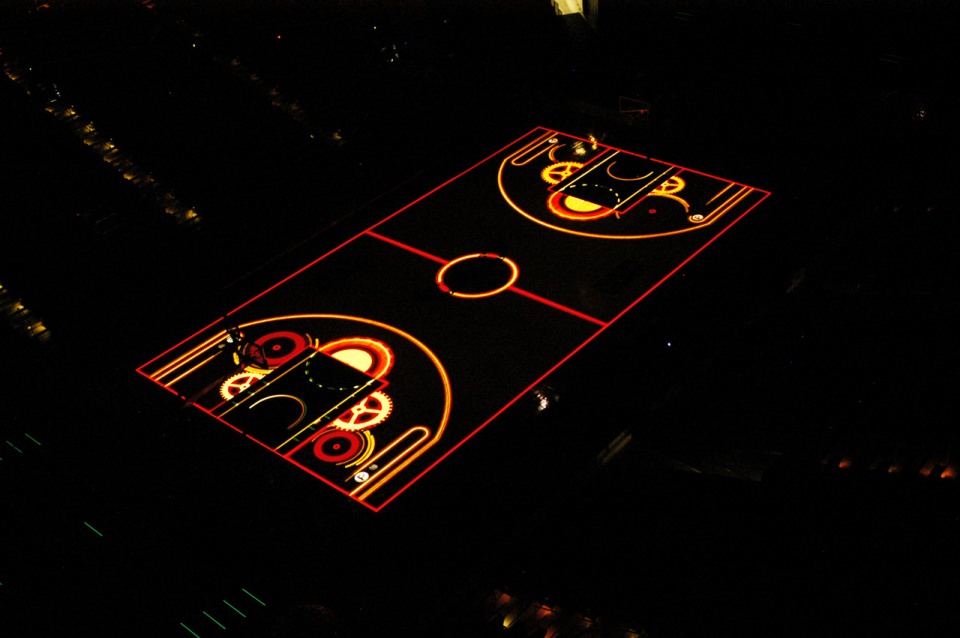 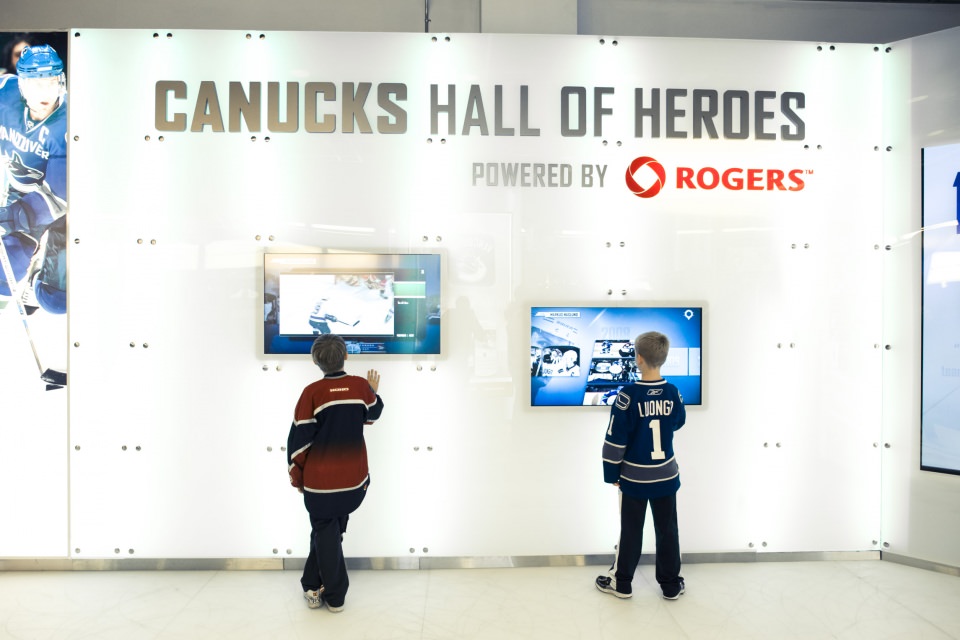 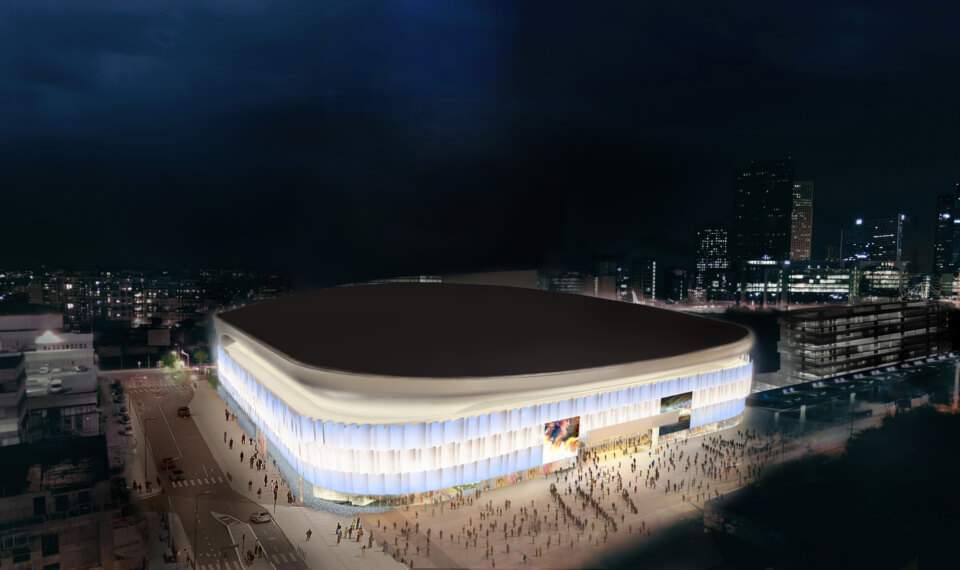