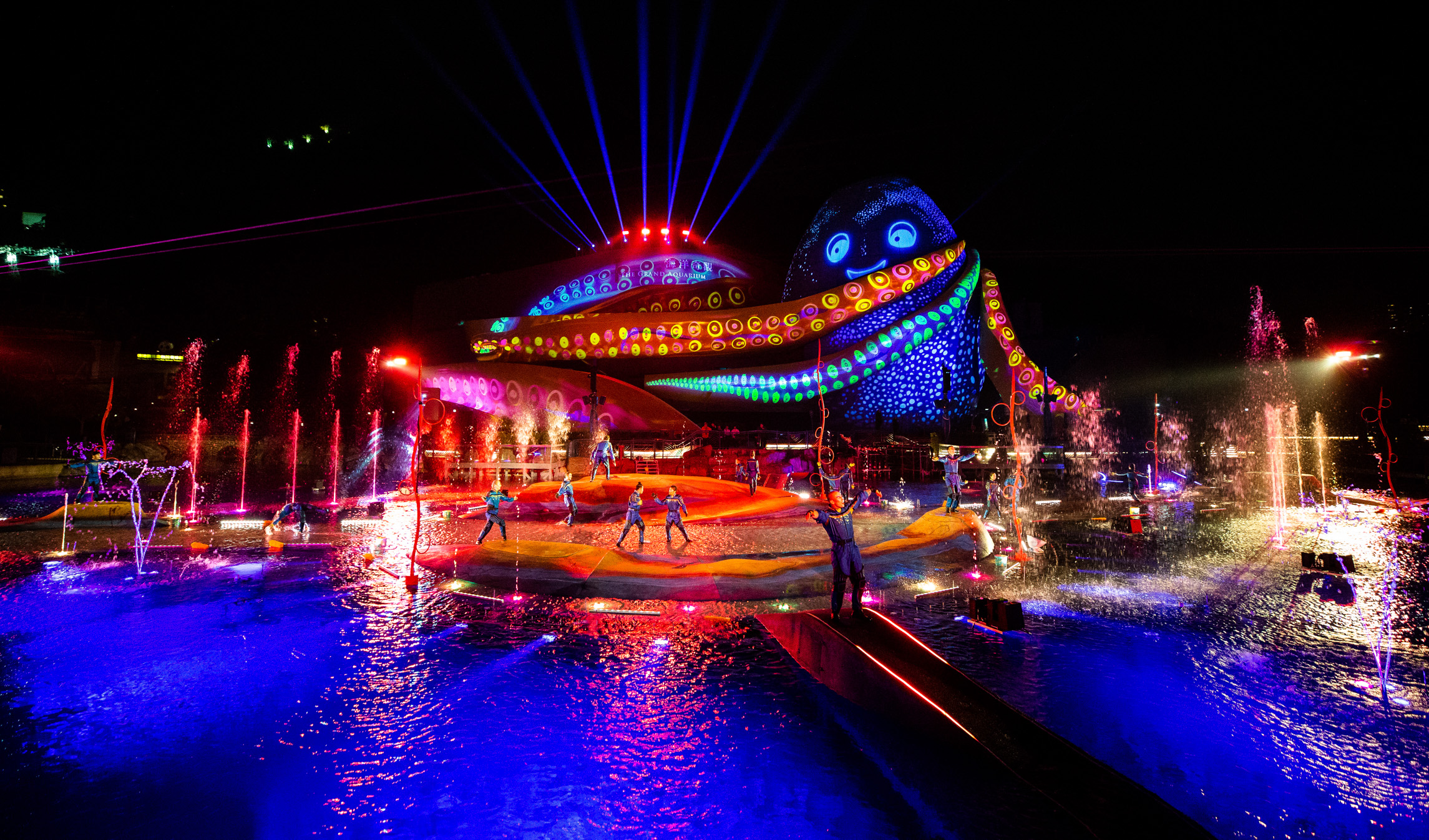 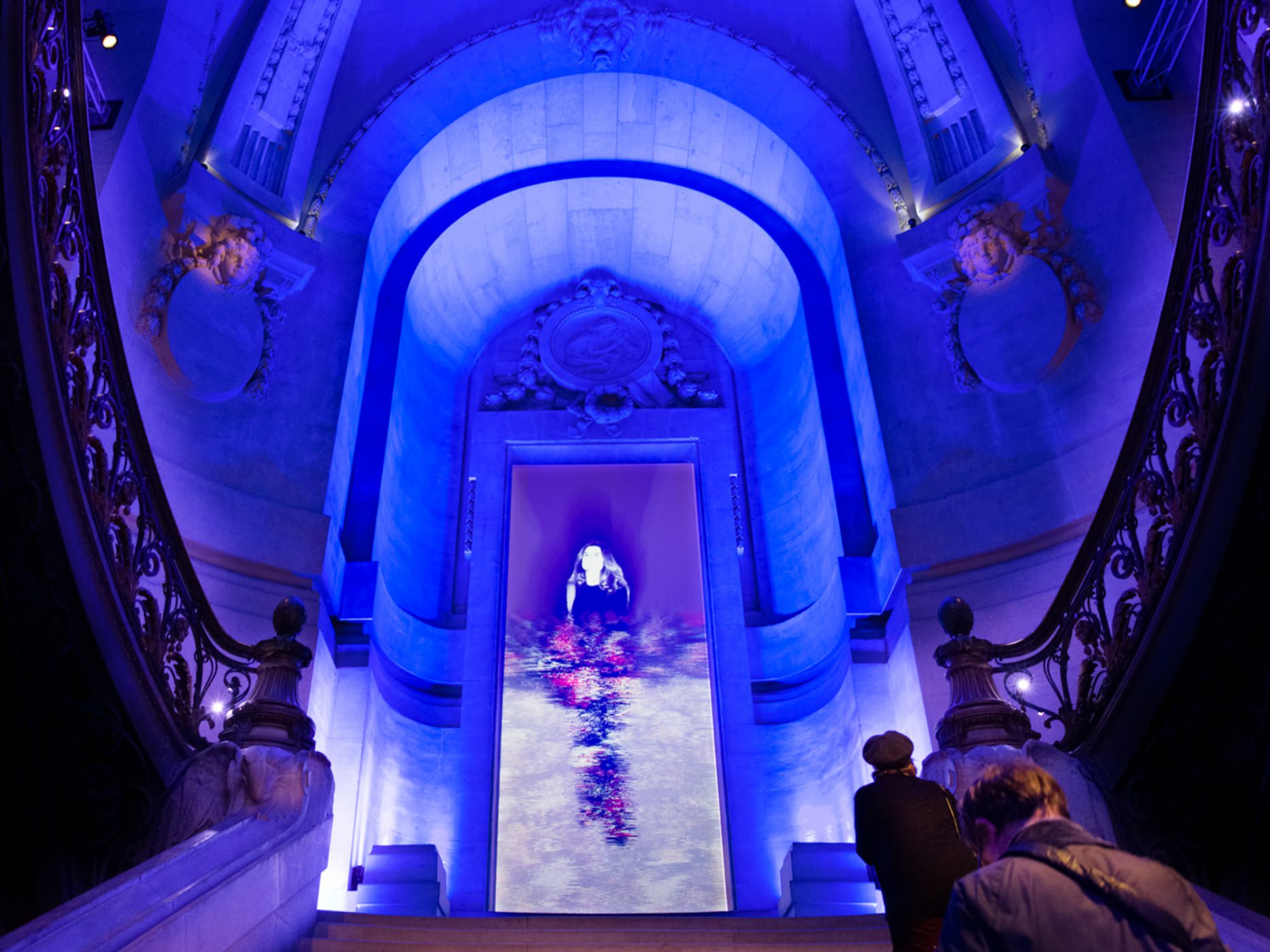 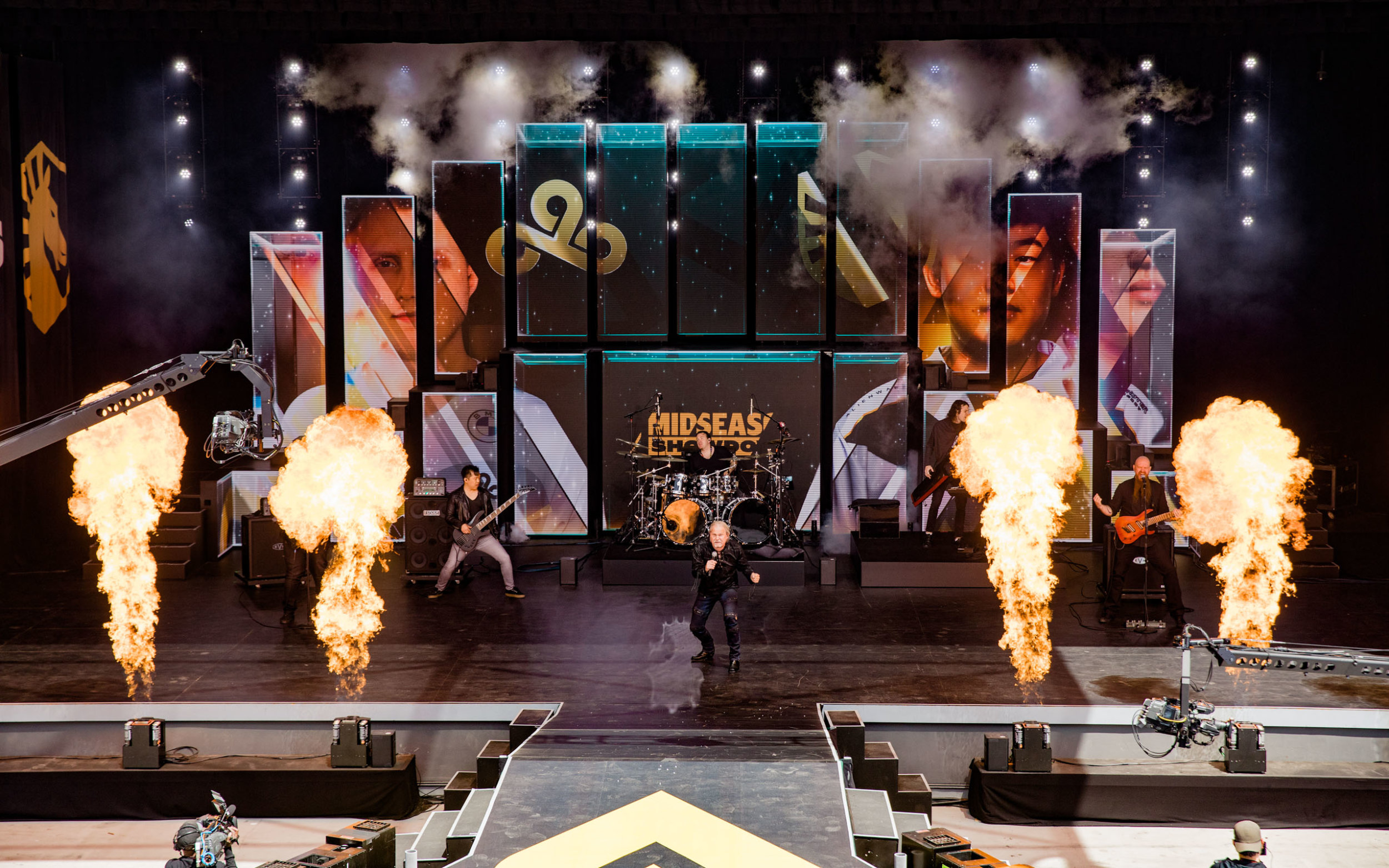 SOUL OF THE OCEAN

A multimedia show that embodies the spirit of Ocean Park

This permanent night time spectacle features a combination of original music, projection mapping, fountains and a performance by a cast of 20 artists.
powered by X-agora multimedia software

Soul of the Ocean is a permanent multimedia show created by Moment Factory for Ocean Park, Hong Kong’s unique home-grown theme park and premier international resort destination. As part of their new nighttime entertainment experience, Gala of Lights, this 12-minute spectacle features a combination of original music, projection mapping, and surprising special effects, including flaming jets and dancing fountains, along with a performance by an international cast of 20 artists. The show’s action-packed choreography, created in collaboration with Montreal’s own The 7 Fingers, brings together athletic parkour, synchronized dancing, and thrilling acrobatics.

In this one-of-a-kind show, the audience meets ANIMO, an ancient spirit who awakens at night in the heart of the park, as the mysterious Lagoon keepers dance with water and play with light during their nightly rituals. This story shines a spotlight on the relationship between man and nature and the role we get to play as humans, taking care of our planet and all its wonders.

This site-specific production took its main inspiration from the complex shape of the Aquarium building, which became the projection surface for the character ANIMO. 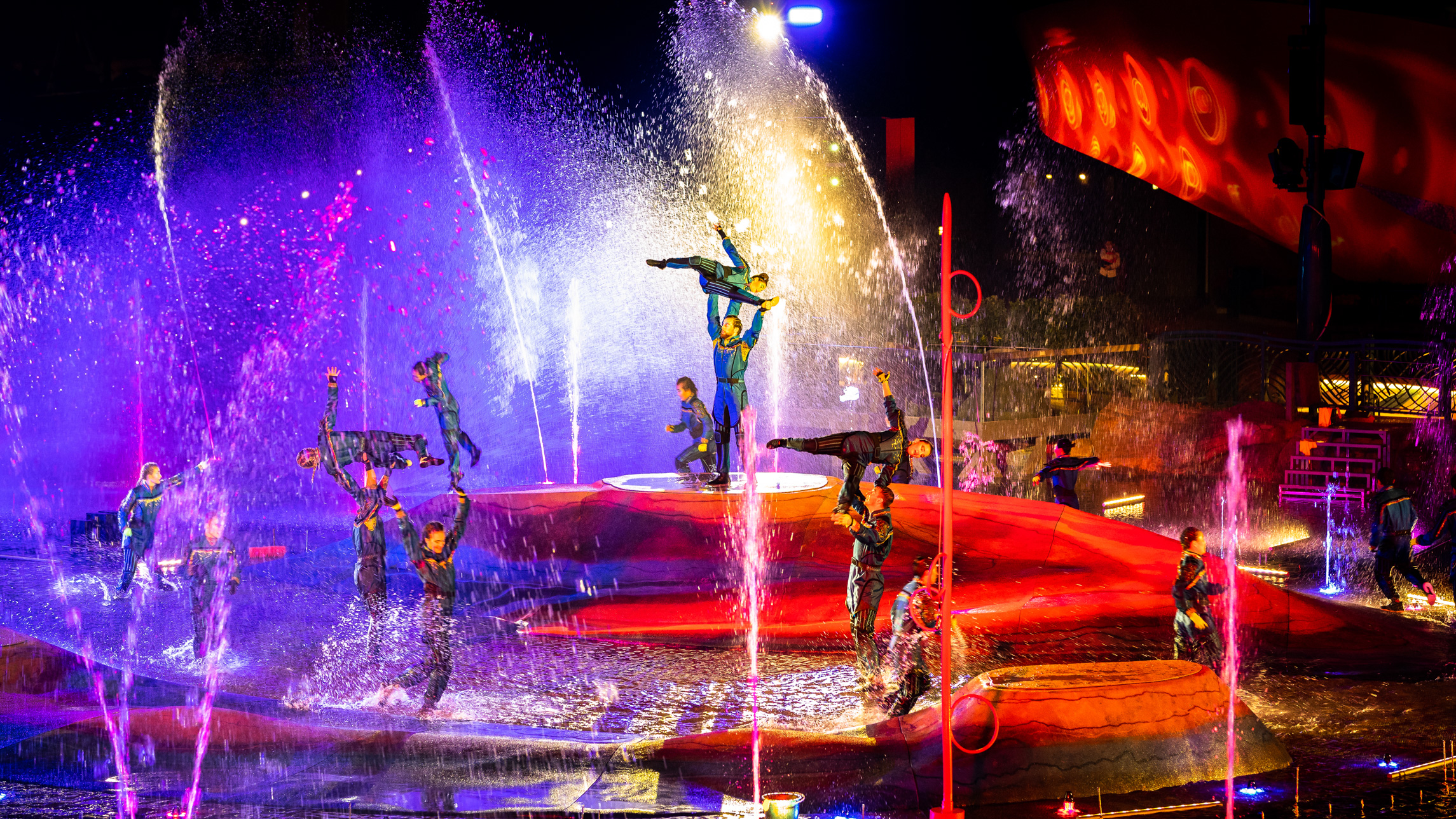 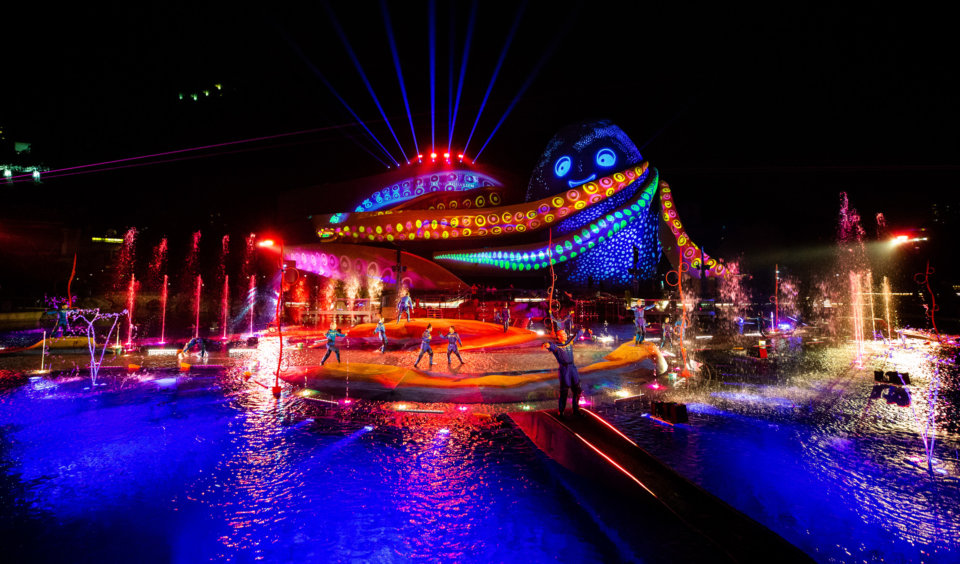 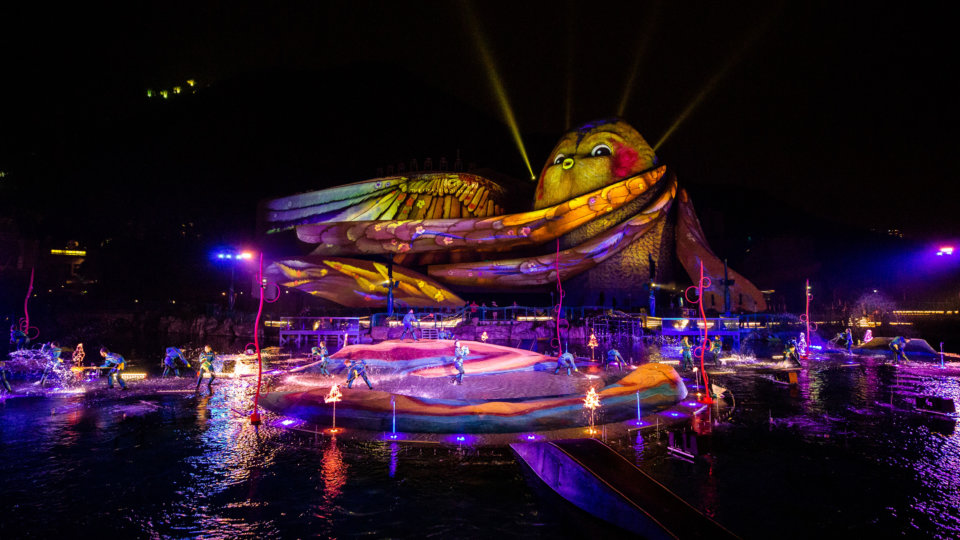 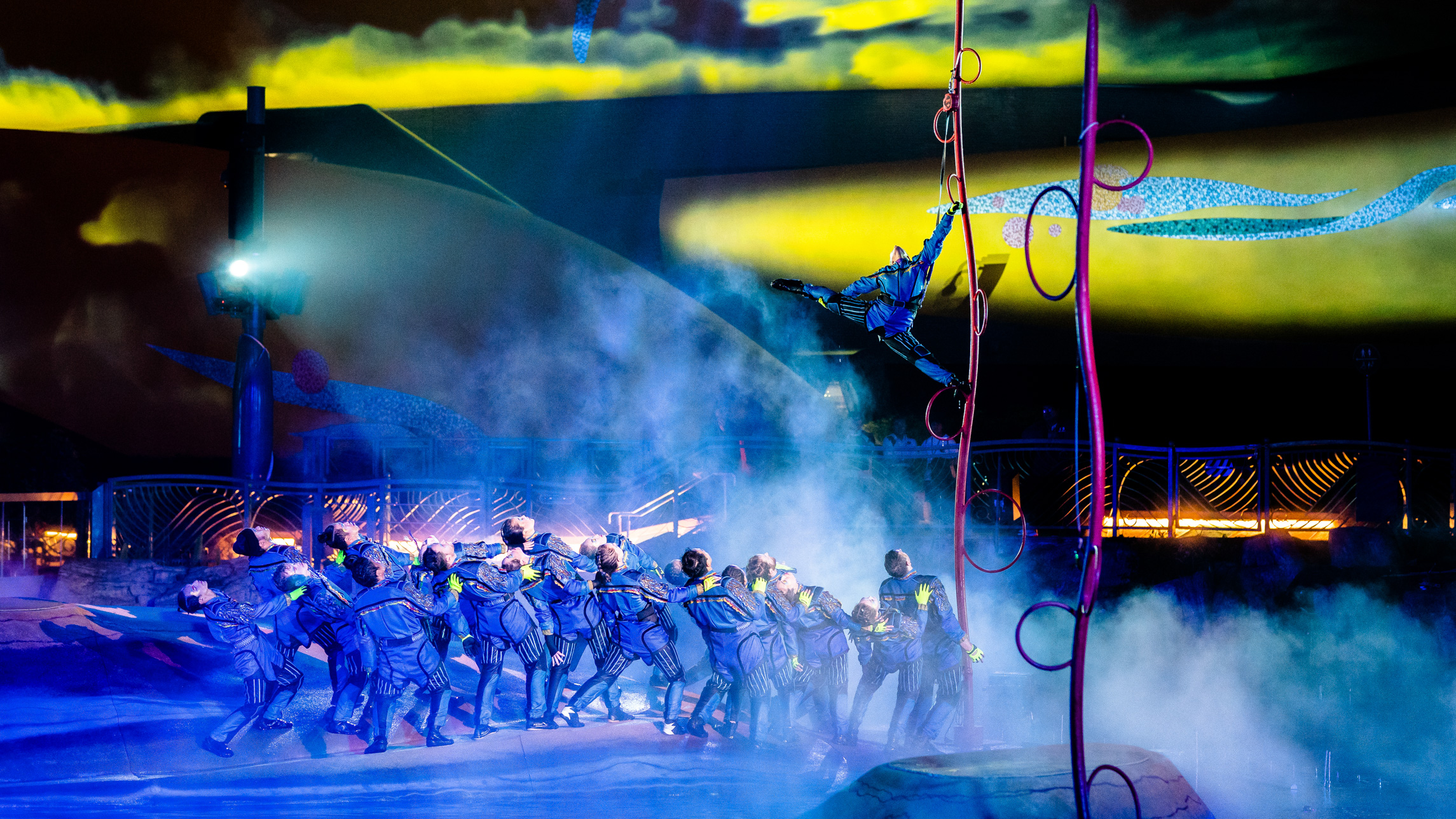 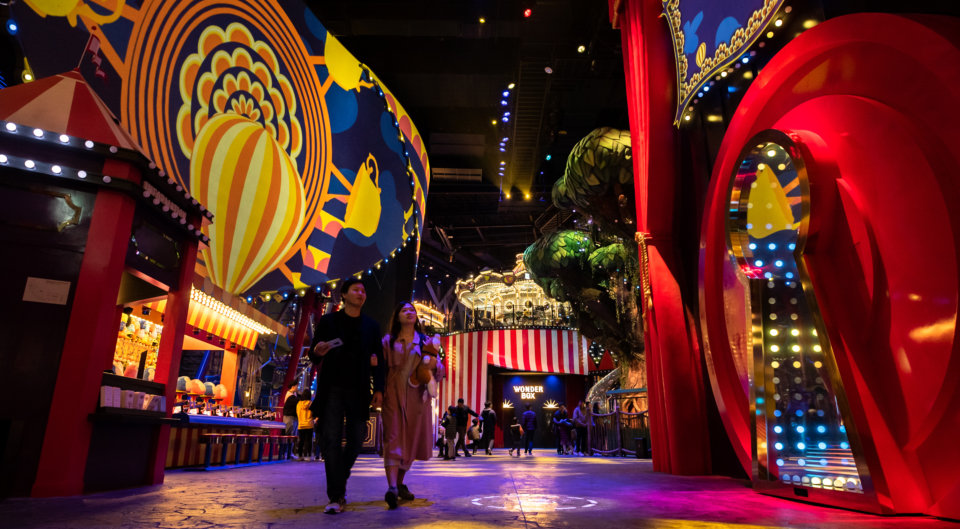 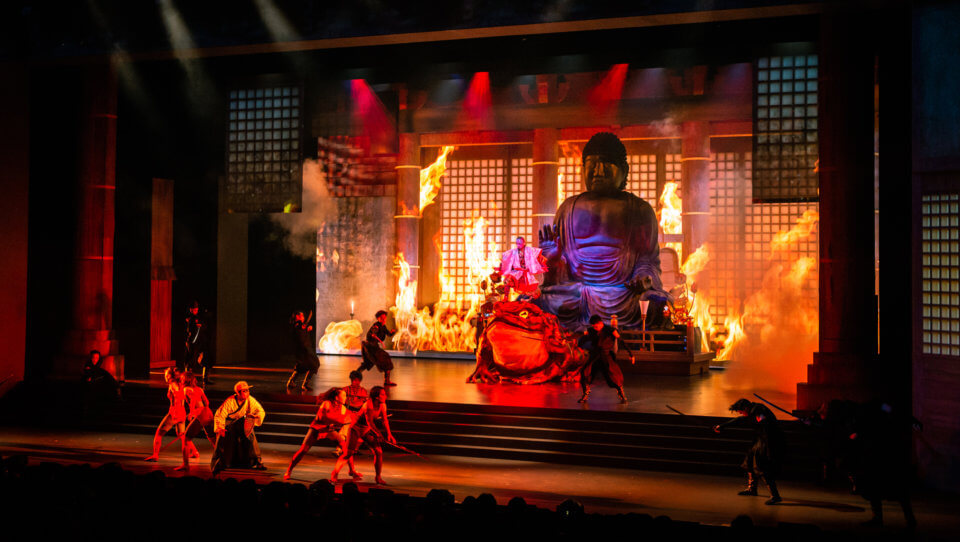