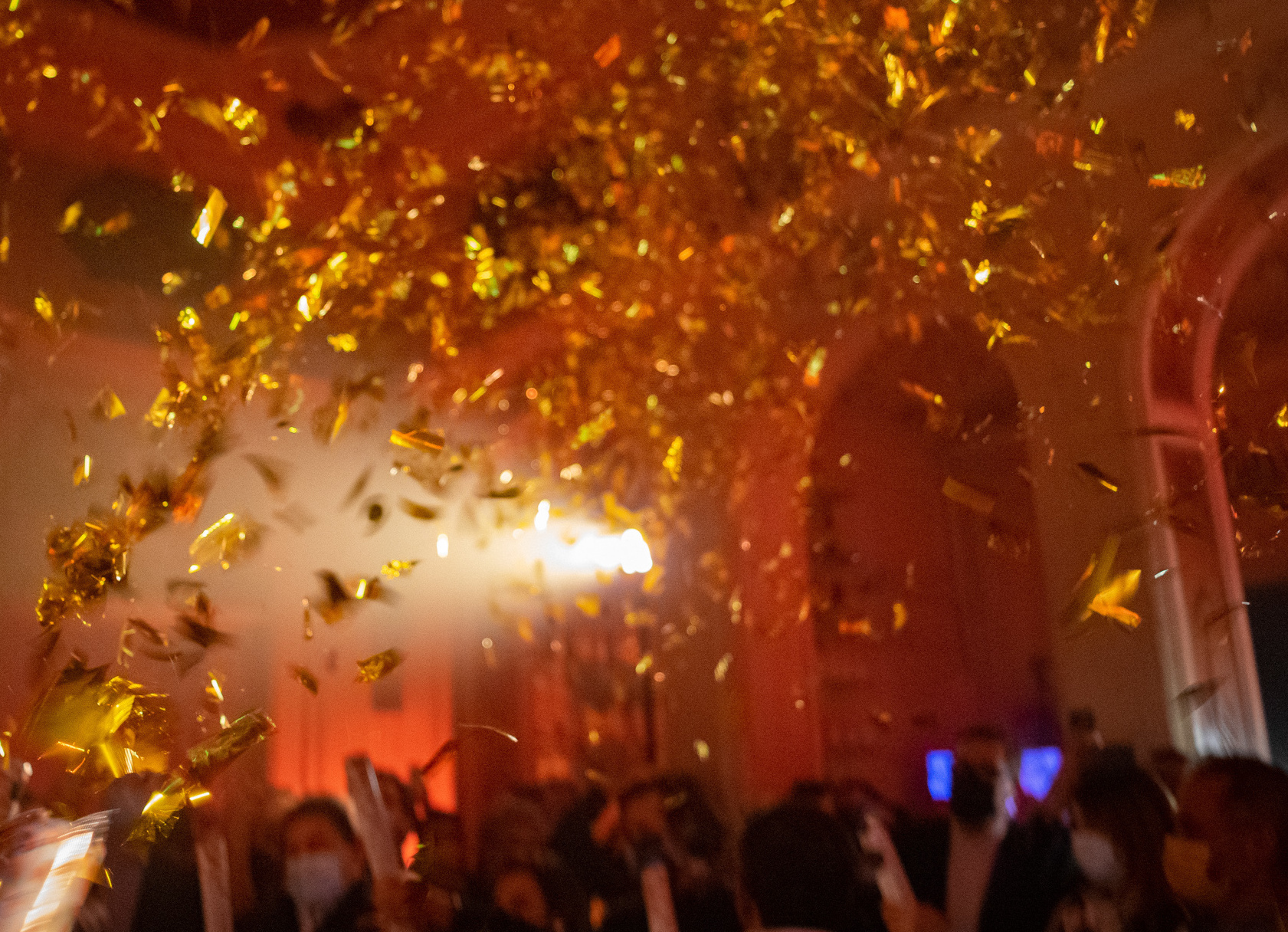 On December 2nd, Moment Factory gathered with leading industry players at Carmen, an iconic location in the lively Pigalle district of Paris, to celebrate the projects and partnerships that will be launched in France in the coming months and years.

A look at the studio’s development ambitions

Since realizing its first creation in France in 2009, Moment Factory has experienced excellent growth in the country, increasing this momentum with the opening of its Paris studio in 2016. Mobilizing its creative talents and technological expertise to produce unique immersive and interactive experiences that foster human connection, the entertainment studio has earned interest and admiration in many regions of France.

Building on its successes, Moment Factory continues to grow and contribute to the vitalization of the cultural and tourism sectors by designing and creating signature experiences.

With the primary goal of promoting existing heritage as a source of wonder and deserving of must-see status, the Moment Factory shapes experiences that spark the interest of new audiences and increase visitor flows.

To firmly establish itself in the territory and further its development, Moment Factory is relying on its collaborations and partnerships with key industry players such as Cultival, an agency that specializes in the operational management of cultural experiences in France.

Moment Factory invited Thibault Manchon, founder and president of Cultival, an agency specializing in the operational management of cultural experiences in France, to present the fruits of its partnership with Moment Factory. The goal of the partnership is to create permanent immersive shows that enhance architectural heritage and heighten attractiveness, acting as a powerful lever for tourism.

This partnership will lead to the creation of a major project at the internationally renowned Musée de l’Armée at the Hôtel National des Invalides, in Paris.

This new collaboration, which will continue for a full 10 years, will produce an immersive experience called Aura Invalides, which will be available to the public year-round starting in the fall of 2022.

Through light effects, video mapping and original orchestral music, “this incredible immersive show elevates the history and architectural qualities of the Dôme des Invalides, providing visitors with a way to rediscover its fascinating and majestic heritage,” said Ariane James-Sarazin, General Curator and Assistant director of the Musée de l’Armée.

Thibault Manchon said, “Aura Invalides represents the extraordinary and sensational expression of the strategic and promising alliance between Cultival and Moment Factory’s teams.”

Moment Factory took advantage of the event to share information on its latest exclusive collaboration with the town of Soissons, France, and ETC Audiovisual.

A multimedia projection journey will be on display for the next three years in the town of Soissons, the first capital of France and a true historical treasure.

One enthusiastic proponent of the project is François Hanse, deputy mayor in charge of cultural affairs for the town of Soissons. Mr. Hanse said he’s “happy to be working closely with the teams from Moment Factory to create a project of such magnitude, both in terms of its conception and the importance it has for us. It’s the perfect symbol of Soissons’ identity, with its intersection of history, beauty and modernity.”

This partnership aims at enhancing and promoting the richness of the town’s tangible and intangible heritage while making the most of the opportunities presented by its ambitious and innovative cultural and event policy.

Éric Fournier, Partner and Executive Producer at Moment Factory, said, “These strategic collaborations illustrate Moment Factory’s ability to create lasting relationships with key players in France. With the growth of our Paris studio, we are very proud to have become an active part of the creative industry in France and to contribute to its vitality. In addition, France will act as a springboard for our further expansion in the European market.”

News from the Paris studio

Moment Factory is welcoming Guy Laflamme as General Manager, Europe and Middle East. A seasoned producer, Guy is a major asset to the studio and will help achieve the company’s development ambitions.

With over 30 years of experience in creating major international events, which includes holding the position of Chair of the International Festivals and Events Association (IFEA), Guy will guide Moment Factory’s teams in developing new strategic business relationships. He will provide invaluable expertise in integrating the studio into the European community, and will facilitate collaborations with local multimedia design schools, suppliers and service providers.

Guy explains, “Moment Factory plans to increase its presence throughout Europe through the expansion of its Paris office, with a focus on strengthening its expertise in the museum sector. To do that, we’ll focus on establishing local partnerships as we continue to create unique experiences that showcase the existing heritage and generate economic benefits for cultural sites and local communities.” 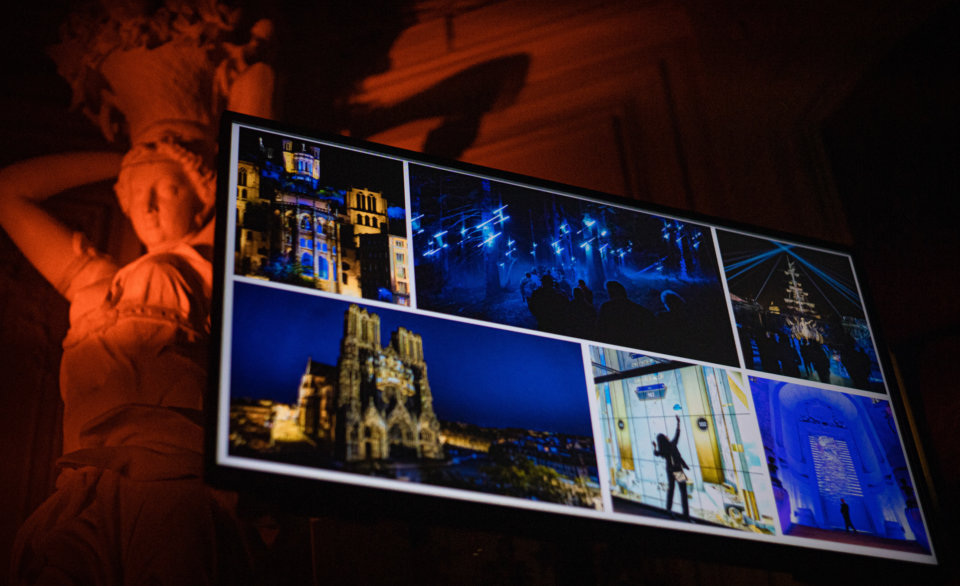 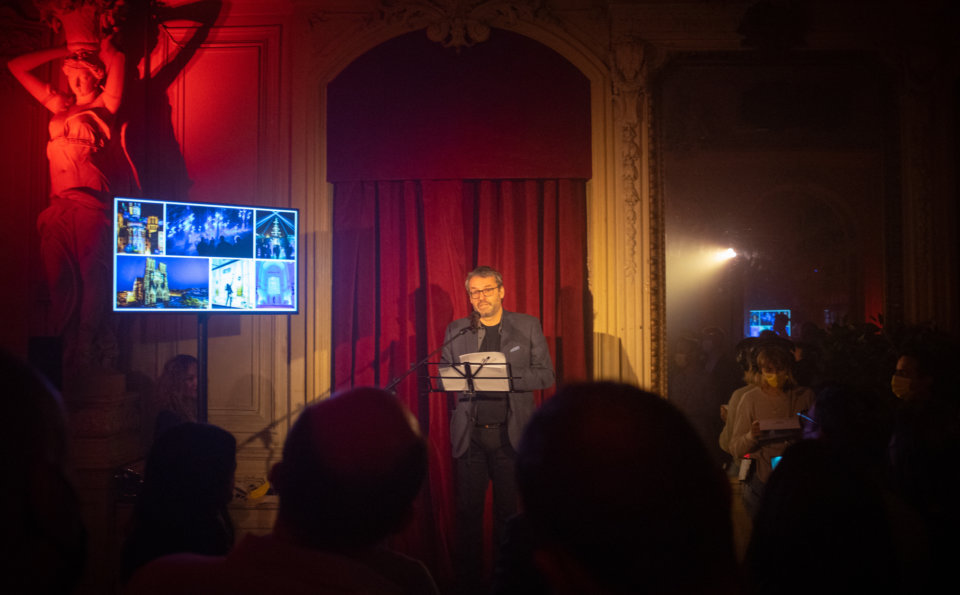 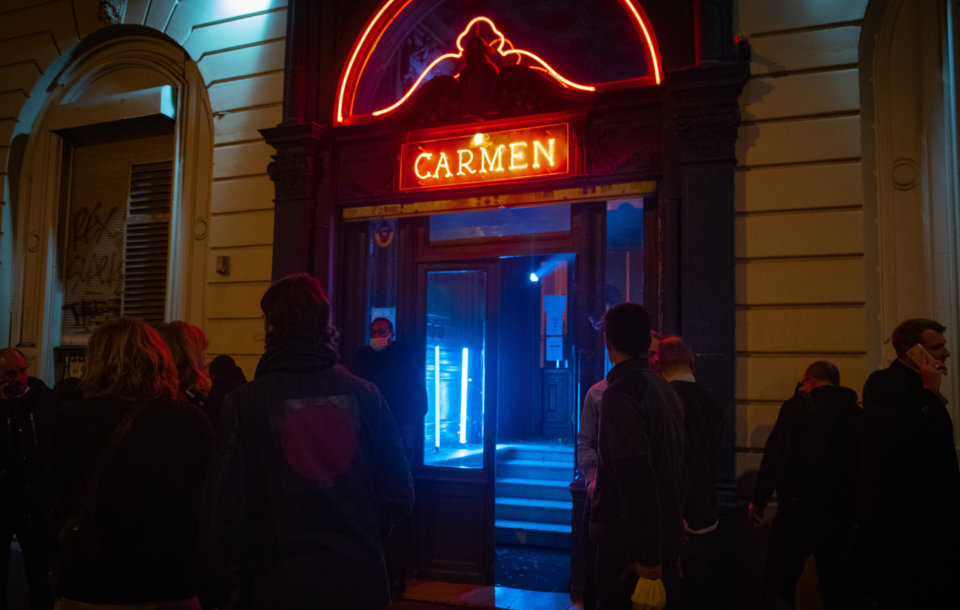 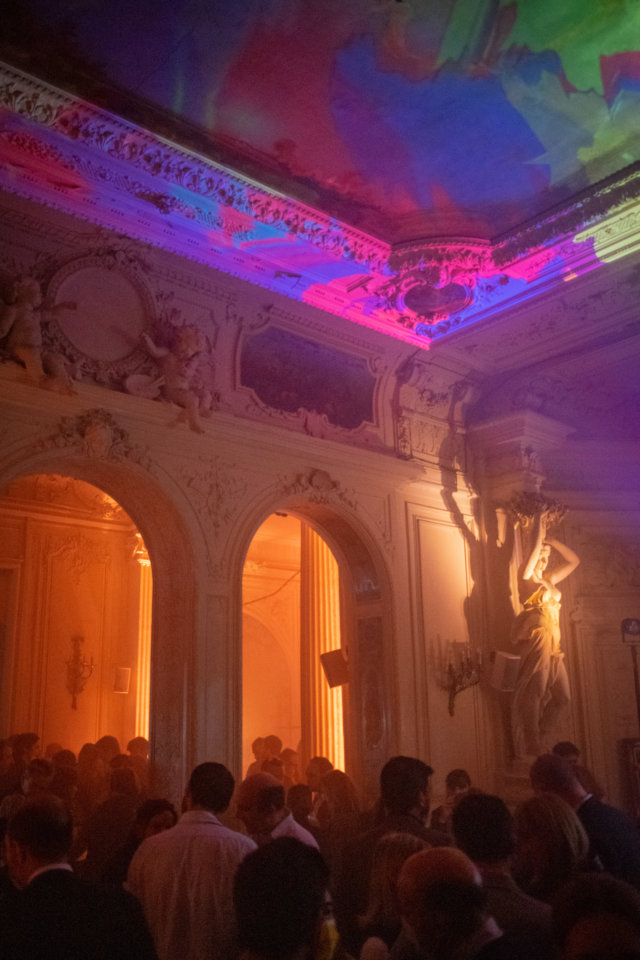 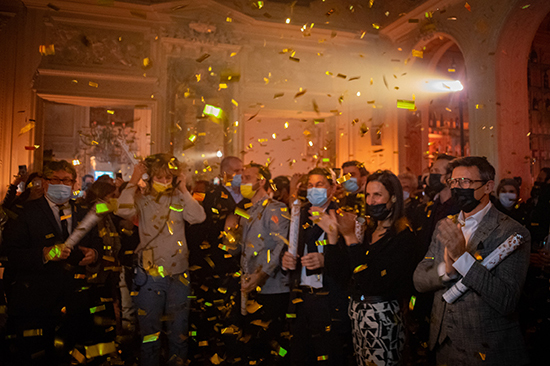 Four successful projects that were designed and produced in recent years are particularly helpful in demonstrating the studio’s expertise and ability to provide an integrated service, and also give an indication of Moment Factory’s development ambitions in France.

Benjamin Mugnier, Marketing and Sales Director of the SaGets Domaine Skiable et de Loisirs, took the floor to present Alta Lumina, the 12th enchanted night walk of the Lumina series and the first in Europe.

The immersive four-season experience was launched in the summer of 2020 in the midst of the global pandemic. Moment Factory’s main objective was to develop an extraordinary experience that celebrates the region’s unique identity while helping to boost tourism and economic vitality.

According to Benjamin Mugnier, “The Alta Lumina experience has not only increased the rate of visits to the resort, it has also prolonged visitors’ stays and increased their spending levels, which has had a significant positive impact on the restaurants and hotels in the area.”

Moment Factory’s second successful project in France is Oceana Lumina, the 13th night walk in the Lumina series, taking place at the Rochefort Arsenal naval base.

Inspired by the maritime epics of France, this night walk enchants visitors as it offers a new way to discover French heritage, while also increasing tourism to the area and generating economic spinoffs. Since its launch last July, the Oceana Lumina experience has earned an excellent approval rating from local and international visitors, who describe it as “magical” and “enchanting.” (Tripadvisor)

Another of Moment Factory’s great successes since 2019 in France is the Regalia multimedia experience. Regalia is shown on the façades of the Notre-Dame Cathedral and the Saint-Remi Basilica in the city of Reims. Both buildings are on the UNESCO World Heritage List.

A proud winner at the CODAwards and Video Mapping Awards, this experience combines the magic of video projection, music and interactivity to highlight the architectural heritage of the two symbolic monuments.

The experience is helping to boost tourism in the Reims area, which had a record year for visits in 2019.

Since 2019, Moment Factory has been working with the renowned Groupe Partouche to revitalize the user experience at its Pasino GRAND casino through the creation of dynamic multimedia content.

The multimedia ecosystem designed and produced by our studio transforms four zones in the casino simultaneously and in real time. These zones are brought to life, energizing the casino environment through immersive and interactive installations that redefine visitors’ pathways. 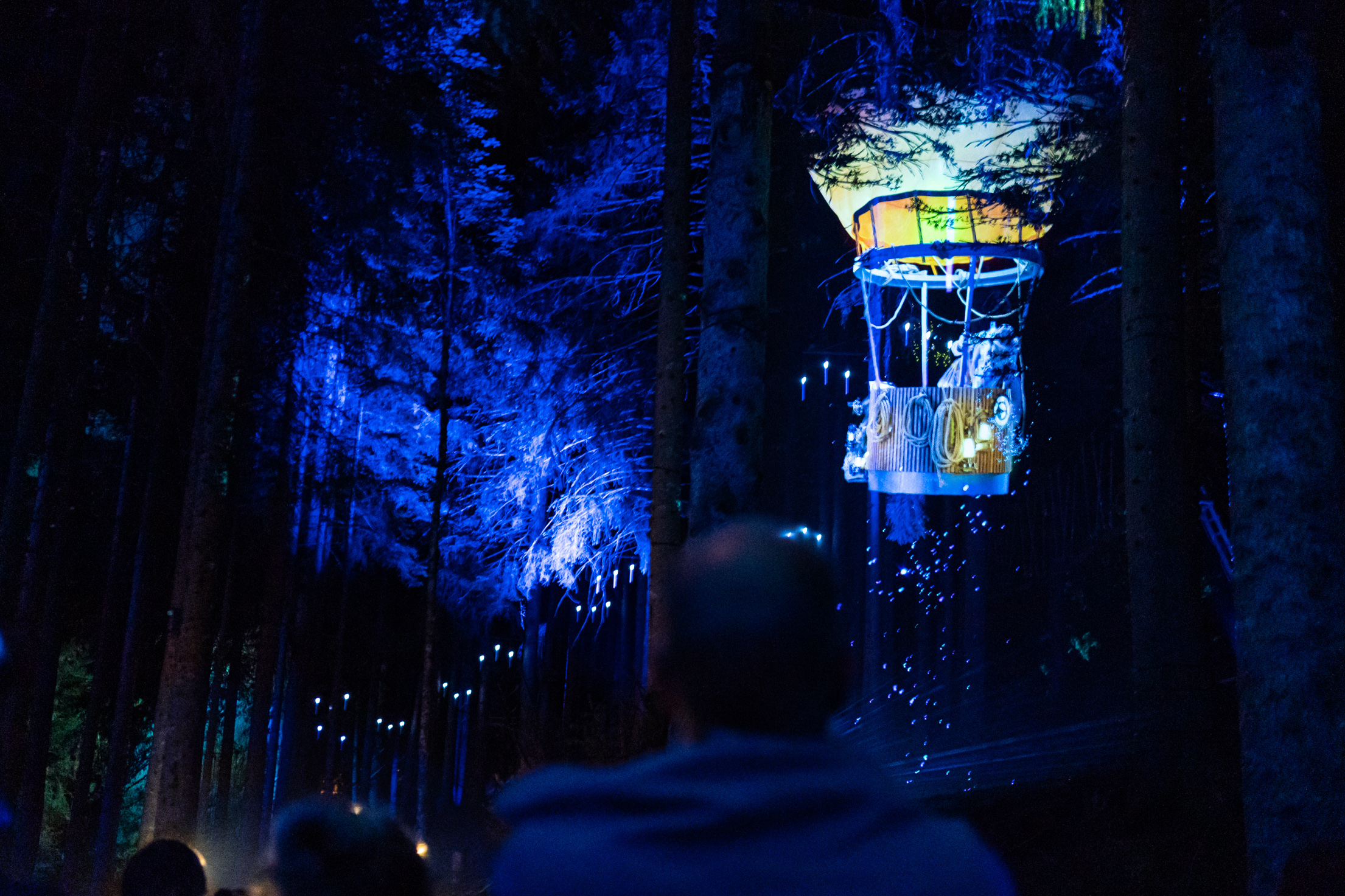 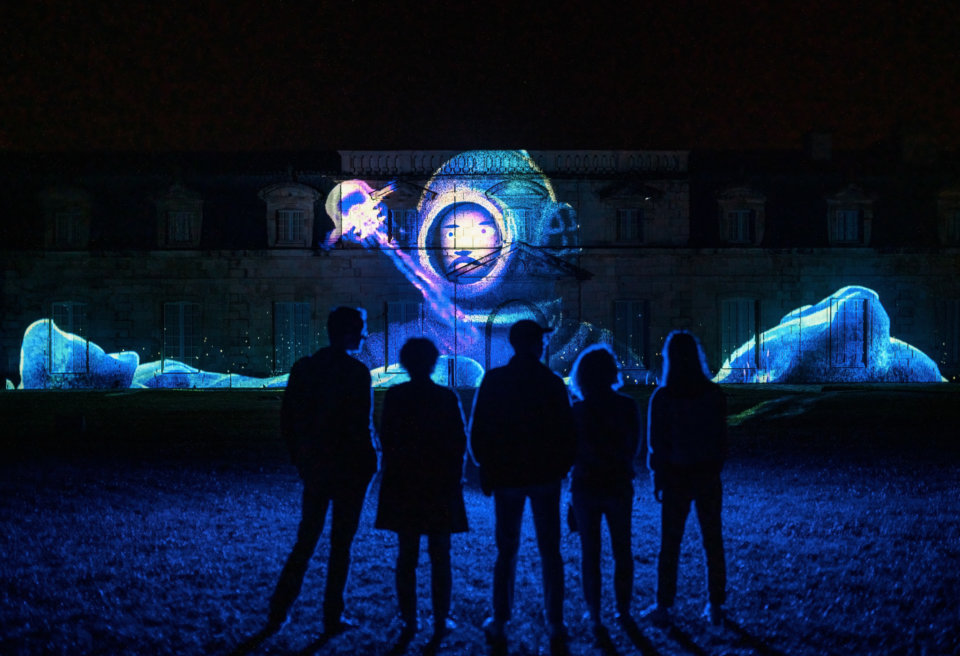 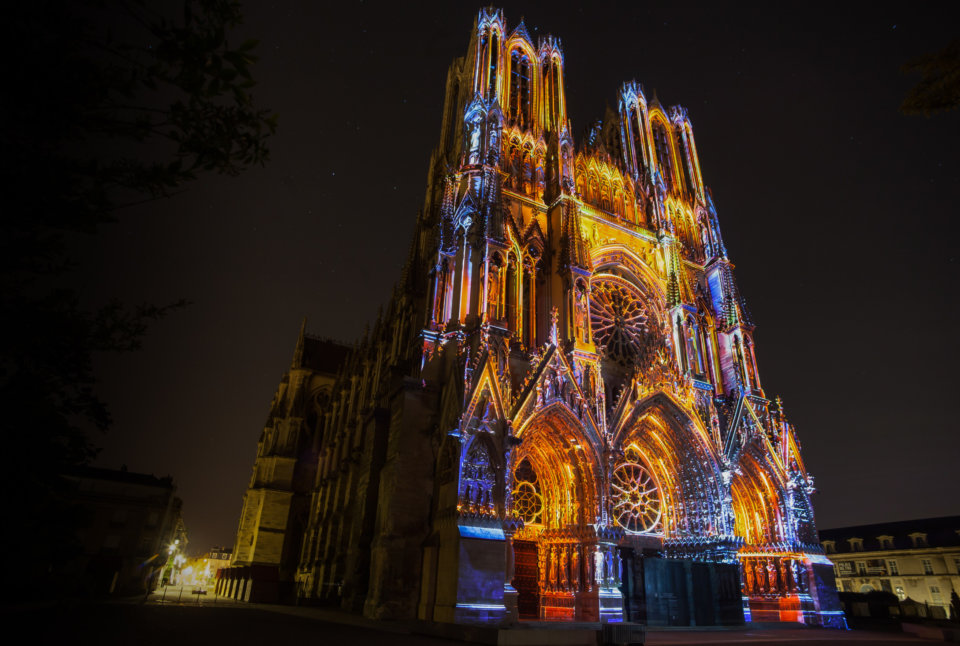 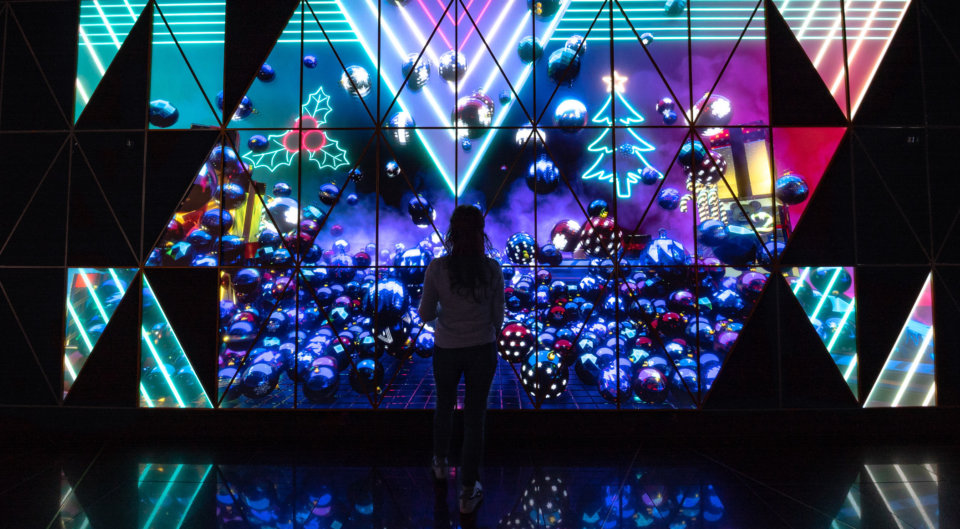