The Crystal Promise, a new collaboration for Moment Factory and Universal Studios Japan

For The Crystal Promise, we were very excited to work with Universal’s creative team, along with director Kahori Kanaya, to produce the lush, magical scenery seen throughout this 22-minute show.

The story follows two star-crossed characters on a heartwarming holiday journey, from their childhood friendship to their promised reunion in adulthood, on Christmas day. To bring this enchanted world to life, we created animated video content that was projected onto a backdrop of brick buildings and a physical set featuring three small surfaces used for vignettes and interesting visual effects.

Designed to capture the essence of their journey across multiple scenes, this content included a winter wonderland, a crystalline world of childhood imagination, a fantastical forest, and several views of New York City. As the two main characters grow into adulthood, the content subtly transforms from a cartoon-inspired storybook aesthetic into a more realistic style. To punctuate the story’s action, we also designed breathtaking transitional moments that gave depth to both the visual perspective and the show’s narrative themes.

This thrilling collaboration resulted in a rich world of holiday magic, and we are very proud to have brought our extensive expertise in video animation and projection mapping to Universal Studios Japan for this seasonal spectacle, which will come to life every year. 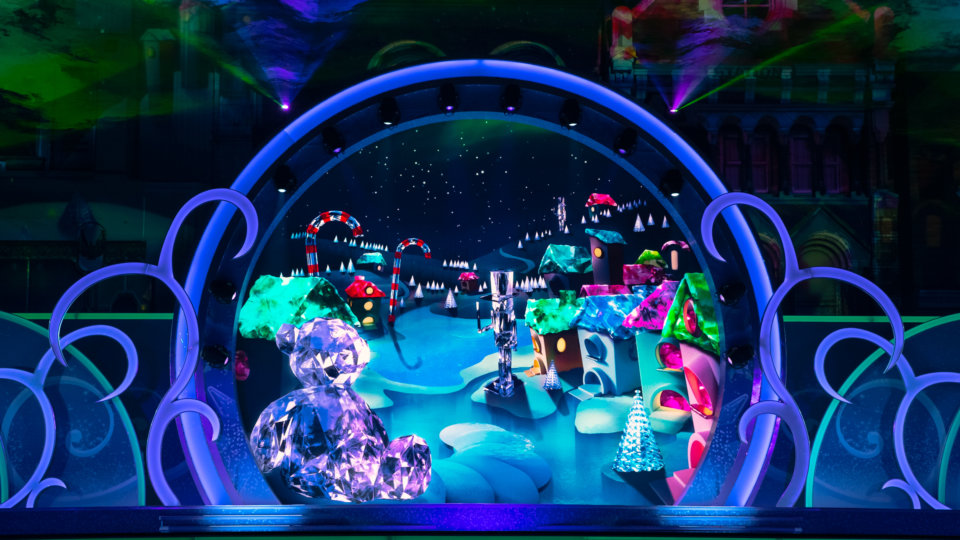 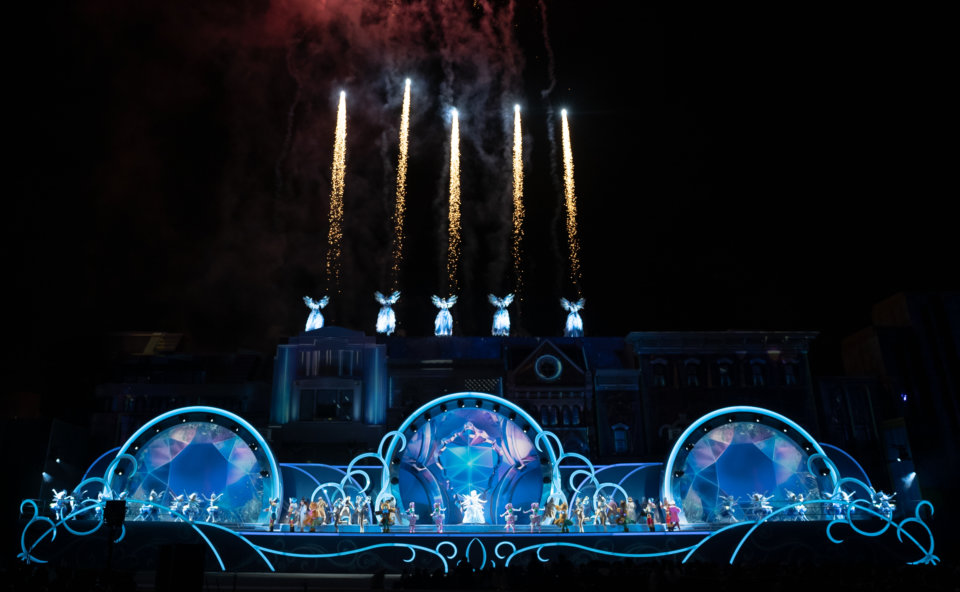 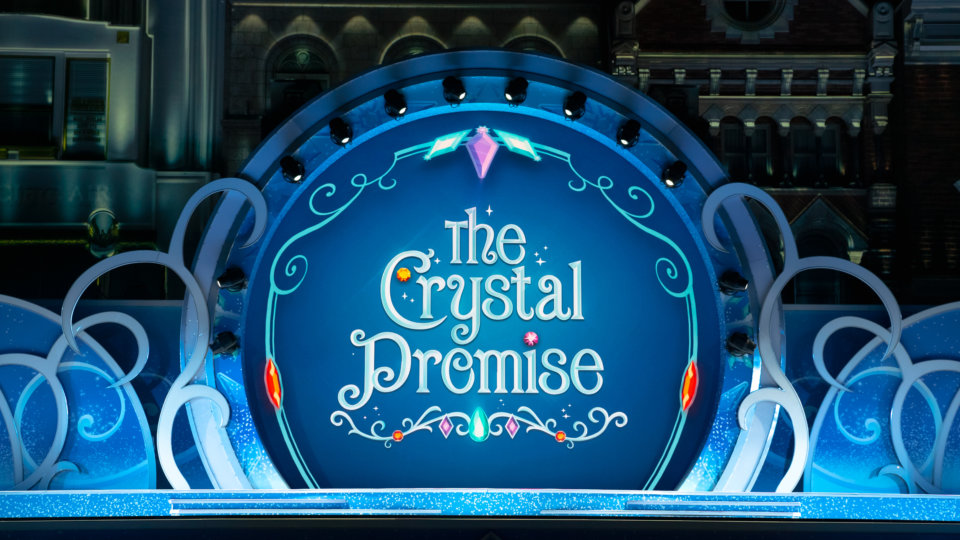