Behind the Scenes of Childish Gambino’s This is America Tour 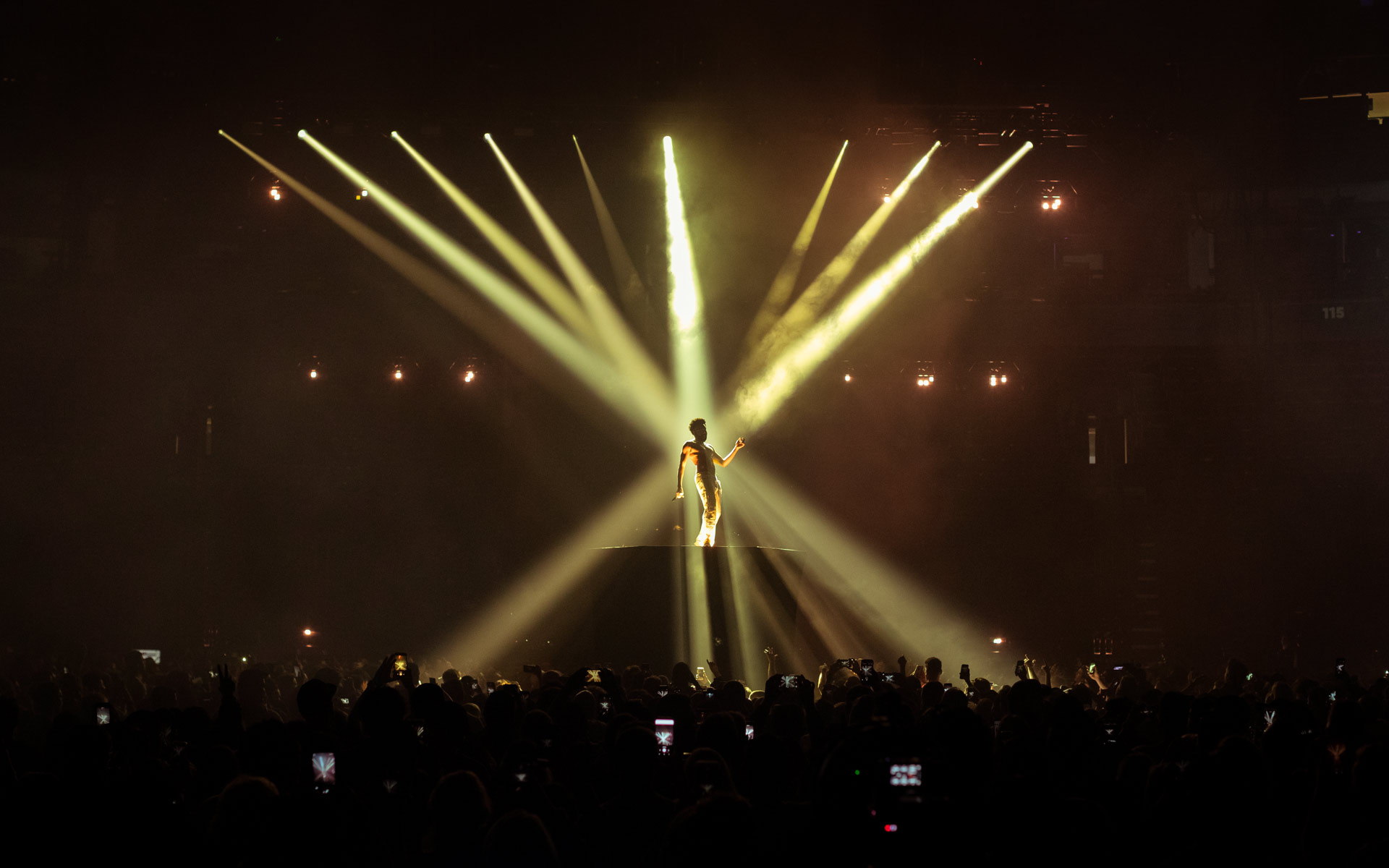 Moment Factory is thrilled to have been part of the creative team for Childish Gambino’s This is America tour. We thrive on partnering with artists to amplify their music, message and connection with fans. This tour is the second time we’ve collaborated with Donald Glover, and we worked closely with his whole team to develop a fresh, energetic production design.

Moment Factory’s Creative Director Tarik Mikou, who has worked on tours for Madonna, Arcade Fire and Jay-Z, among others, describes how the show came together.

The This is America Tour has a unique visual approach. Can you describe how this was achieved?

Donald wanted to create the feeling of open space. The stage is simple, clean — there’s no LED wall in the background. It’s almost as if the guts of the show are exposed to the audience. To help keep this feeling of open space on the stage, the musicians perform in downstage pits on either side while sound effects and a great audio system give the sound power. Donald and his team wanted the highest-quality immersive sound experience possible while still offering a relatively unobstructed view of the stage.

Most arena shows have massive LED coverage, but after discussing with the artist and his management, we designed two “blades” for our main structure and storytelling device. Each blade has a reflective LED surface on one side and lighting on the other. These two structures are automated, allowing the blades to hover onstage horizontally as well as to rotate on their axis. This design created interesting illusions with physical movement and lighting. The process also incorporated some powerful laser moments allowing volumetric looks inside the show.

Can you say a bit about the content you directed for this tour?

«Moment Factory produced a shoot for the tour in L.A. We filmed some segments, but the biggest moment was with Donald and an actress, underwater. The artist wanted to play with the illusion of time, space and to explore the idea of simultaneous realities. We shot in high-speed and edited the sequences on the track “Terrified” to create the illusion of being trapped inside massive tanks of water. It was a way of playing with the theme of anxiety and enhancing that sentiment.

What was your experience of collaborating with the Childish Gambino team?

It was the most interesting and enriching part of this project. This tour is a huge collaboration with a lot of brilliant people. The managers, Chad Taylor and Fam Udeorji, were very involved as well as Christian Coffey, the tour director. They led the collaboration with Donald Glover, along with video director Christian Lamb. We also worked closely with Sarah Landau, who was the lighting designer of the show.

Because there were many people involved, it felt like a family experience. It’s not about one person; it’s about a lot of people with different backgrounds and different skills. It was inspiring to work closely with such a diverse team — because ultimately, in the end, it’s all about making friends and challenging each other to offer the best possible result for the audience!

Childish Gambino’s This is America Tour completed its run on march 27th 2019 in Paris.